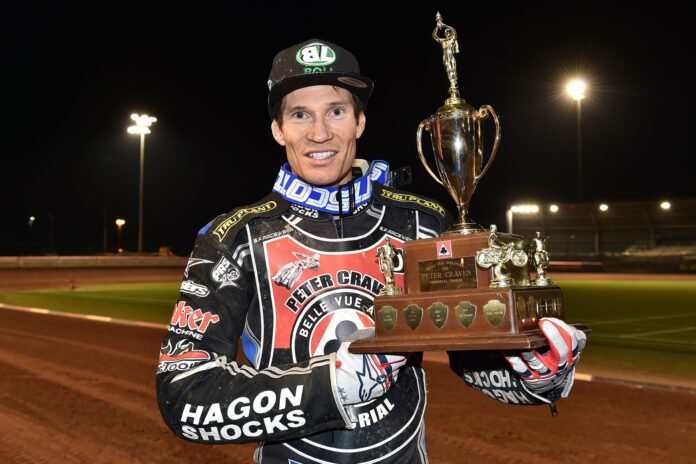 Grand Prix star Jason Doyle insists there will be “no added pressure” on him ahead of this year’s Peter Craven Memorial as he looks to make it three wins on the bounce.

Never in the history of Belle Vue Speedway’s flagship event has the top prize been won on three consecutive occasions; if Doyle is victorious in 2020, he would make club history.

The 2017 World Speedway Champion was a late addition to the meeting when, due to unforeseen circumstances, World U-21 Champion Jaimon Lidsey withdrew.

“It’s a massive honour to have won this meeting twice already, but all I can do is my best. There are some great names on the Peter Craven trophy already and I’m privileged to be one of them alongside the likes of Mauger, Olsen and Crumpy.

I’m not putting any pressure on myself to make it three in a row, but it would be sweet to get the win especially with such a competitive field.”

Doyle’s inclusion in the Peter Craven Memorial was well received by the fans, with some pondering why he hadn’t initially been included in the line-up.

“Lemo [Mark Lemon] had asked me a while ago but at the time I didn’t have any bikes over here so I was a little hesitant to agree just in case I couldn’t commit. It’s been a difficult year all around. I’ve had to live in Poland for the vast majority of the time and it’s nice to be able to come home and have a meeting in the UK to round it off.

I’ve spent a fair bit of time with Lemo during the Speedway of Nations and he’s been telling me how well Belle Vue’s track has been performing, despite the lack of meetings. I don’t expect anything different to the track I’ve become accustomed to on Thursday. It’s a wide track with plenty of lines and always fair racing.”

Doyle lines up at No.4 in Thursday’s Peter Craven Memorial, tapes up at 19:30. Live stream passes are available here.

No Black Country joy for the Aces

No sweat as the Aces trounce Wolverhampton