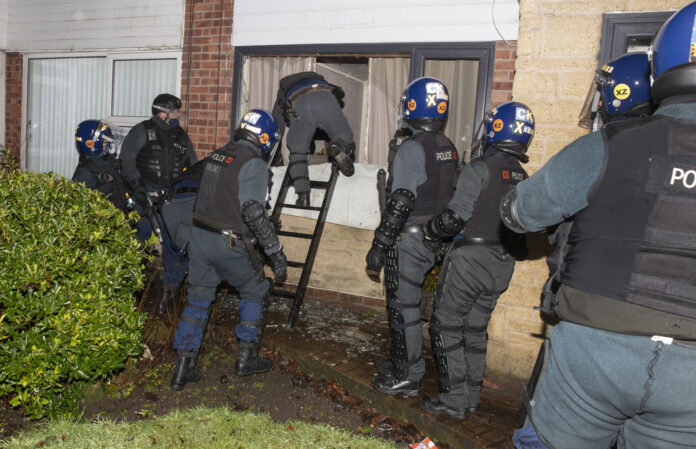 Six people have been arrested for drugs offences after dawn raids at properties across Radcliffe, Heywood, Whitefield and Bury.

During the warrants several items, including mobile phones, class A and B drugs, vehicles and other high value assets were seized.

Operation Foam is the GMP strand of the NCA led Operation Venetic which has seen law enforcement agencies from across the UK join together to break through the encrypted communication services being used by organised crime groups.

Detective Inspector Ian Partington of Bury’s Operation Challenger Team, said: “Our officers are undertaking an inordinate amount of complex and intricate work to ensure we disrupt and dismantle this type of activity. We currently have six people in custody which highlights the excellent work of the all those involved in this operation and this result is another positive step forward in ensuring our communities are kept safe.

“Organised criminal activity is not welcome within our community and GMP is committed to tackling it. Our work to target organised criminals in the Bury borough continues under Operation Pevek and this work is often supported by information provided to us by members of the public so I would encourage anyone with any information that could assist us to get in touch with police.”

Oldham man who fled to Spain is jailed after police found more than £1m...