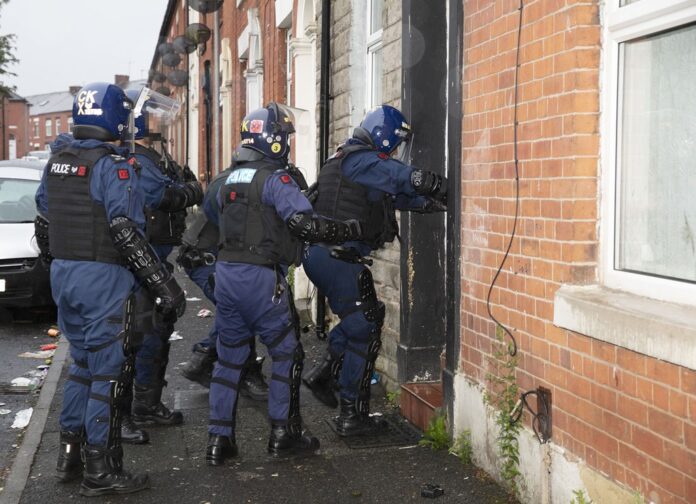 Raids were carried out this morning, Wednesday 22 July at 14 addresses in Wigan,one property on Settle Street in Little Lever, Bolton and two addresses on Wildbrook Road and Carrfield Avenue in Little Hulton, Salford were also raided.

Further raids were carried out on properties in Doncaster, South Yorkshire and Caistor in Lincolnshire.

The raids were led by officers from across GMP.

Superintendent Chris Bridge of GMP’s Wigan District said: “This morning’s operation has put a large dent in the aims of organised criminal gangs who seek to control illegal drugs supply – gangs whose presence destabilises community cohesion and attracts further criminality to the areas they operate.

“Today’s action would not have been possible without the cooperation of the local community, whom we thank for their support.

“It is in the interest of every right-thinking member of society to work alongside police to help us rid our streets of illegal drugs – removing criminal gangs’ access to illicit funds and therefore reducing the power they seek to exert.

“If police and the wider community continue to work together, we can eliminate illegal drugs from our streets and reduce the risk of vulnerable people being drawn into criminality.

“If you believe that drugs are being sold in your community, or believe a child or vulnerable adult to be at risk criminal exploitation linked to drugs gangs, then please contact police immediately.”