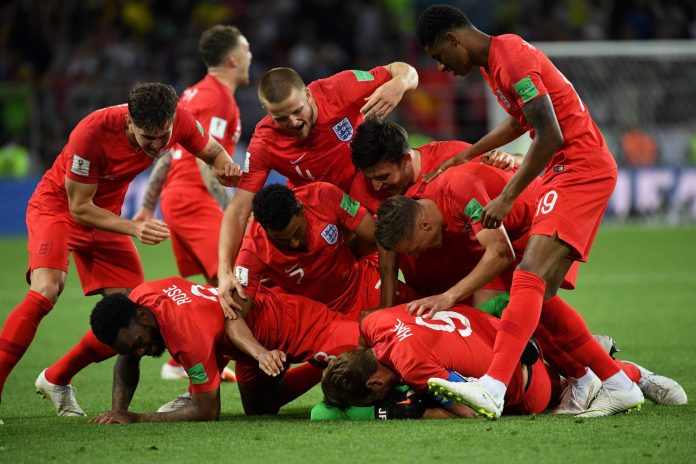 TEAM spirit and ‘togetherness’ are key factors in the success of Gareth Southgate’s squad, according to a sports psychology expert from the University of Salford.

Following England’s victory over Columbia and qualification for the World Cup quarter finals, Dr Andrew Evans, lecturer in sports and exercise psychology at the University, said a crucial difference between Harry Kane’s side and previous squads was that they had placed an emphasis on team dynamics.

“For example,ex-England footballers such as Rio Ferdinand have explained how footballers under previous regimes found it difficult to shelve their Premier League club rivalries when coming together to play for England.

“Prioritising an association with a Premier League club at the expense of being associated with the national team has unquestionably harmed the team’s abilities to function and perform effectively at previous major tournaments.

“Refreshingly,the current England team continue to display clear signs of strong team dynamics at this year’s World Cup. Off the pitch, players associate with one another and appear to enjoy each other’s company which highlights a strong sense of togetherness among the squad.”

And, after the team produced the first penalty shootout success in English World Cup history, Dr Evans, who also works as a sports psychology consultant, said a continued display of strong team dynamics would play a major role if England are to continue towards the final.

He said: “Togetherness on the pitch is highlighted by the regular encouragement players provide to one another as well as players’ willingness to work hard for one another to achieve a common purpose and win matches.

“Perhaps most importantly, the current England team appear to have a clearly defined identity that team members, the media, and the fans can identify with.

“For example,England players consistently make reference to being a youthful team with a certain style of play and philosophy.

“Importantly,when teams have a clearly defined identity then team members sacrifice their personal interests and are instead motivated towards contributing to the greater good of the team. The continued display of strong team dynamics will undoubtedly play a significant role if England are to continue to progress at this year’s World Cup.”