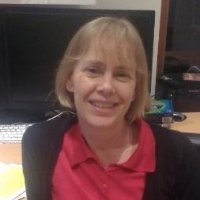 Eleanor Roaf, the director of public health in Trafford, told the Guardian that 80% of its infections in the last week were in the white community, and she urged the region’s 2.8 million residents to concentrate “much harder on what we can do to stop the wider spread”.

Eighty-one people tested positive in Trafford in the last week of July – the third biggest number in Greater Manchester, after Manchester (178) and Oldham (130).

“We are continuing to see more cases than we would like and what’s worrying is our positivity rate is going up. That is the number of people per hundred that test positive. What you want to try to do is keep that to about 1%. We are at 3% at the moment,” said Roaf. “Ninety-two per cent of cases had ethnicity recorded and of those 80% were white.”

She added: “The Trafford narrative is that it is a very white outbreak in Trafford. In other places the narrative is quite different. One of the anxieties is that we don’t end up with a complacent white middle class thinking it’s not affecting them because they think it’s about overcrowding in ethnic minority families.”

Roaf said that two weeks ago many of the Trafford infections were in young people, aged 17 to 22, whereas the rise last week was among 26- to 64-year-olds. She said people did not need to be overly worried about the major incident but it should “focus people’s minds” on the fact the virus was still spreading.