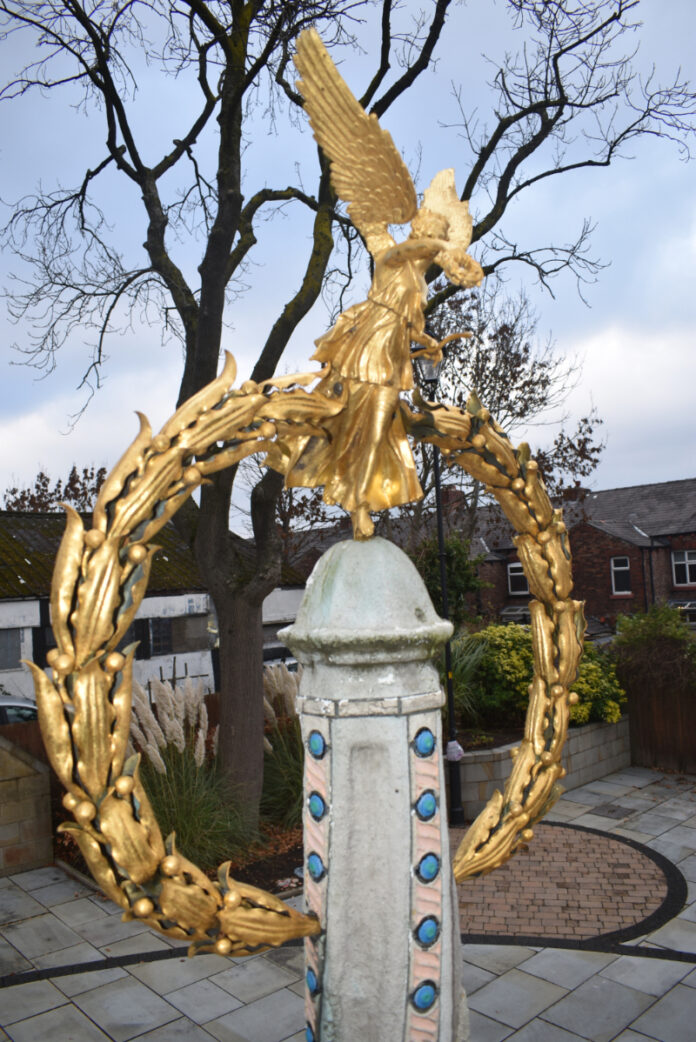 In total the project will see more than £40,000 spent on the refurbishment of the memorial column and grounds in accordance with Commonwealth War Graves Commission and English Heritage guidelines.

Built in 1923, the memorial was erected to remember the 235 Failsworth men who lost their lives in the First World War.

However, in recent times the 98-year-old structure has started to show its age and it is need of attention.

Now work is set to start on February 22 when the memorial will be covered in scaffolding.

This will include repairs to the plinth and the installation of some replacement stonework.

Conservation of tiles on the shaft, the regilding of the victory figure and cleaning are all planned along with the siting of two historical information board.

Councillor Barbara Brownridge, Cabinet Member for Neighbourhoods and Culture said said: “We are delighted that Failsworth War Memorial is being restored to its former glory as it’s a focal point of the district and very important to residents.

“I’d like to pay tribute to my fellow councillors, especially Liz Jacques who was the driving force behind the funding bid for the project, as they have put party politics aside and all contributed time and money to making this happen. Some things are above politics, and this is one of them.

“As custodians of all the borough’s war memorials it is vital they look their best, not only as a tribute to those who lost their lives in conflicts around the world but so future generations can pay their respects.”

The work is expected to be completed by the end of August.