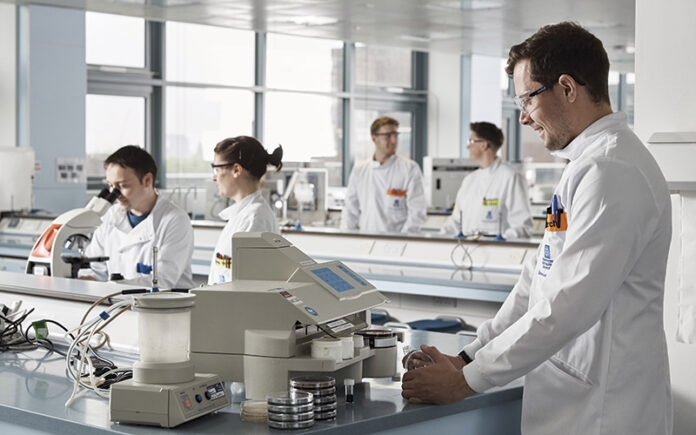 A team led by scientists from The University of Manchester has discovered how our genome controls the development of many of the organs critical to human life.

The study, published in Nature Communications, casts crucial light on the little-understood stretches of DNA that sit between genes.

The work will help scientists and clinicians explain why some babies and children are born with conditions like ‘hole in the heart’.

The research was funded by the Wellcome Trust and Medical Research Council in the UK and involved collaborators in Cambridge and Seville in Spain.

While our 30,000 or so genes hold the code to create every protein in every one of our cells, amazingly this accounts for only about 2% of the DNA, all of which is made up of chemical units called bases. Historically, we used to dismiss the rest of the DNA as ‘junk’.

Since then scientists have realised this vast genetic landscape of so-called non-coding DNA—98% of our genome—actually holds the secrets for controlling how each gene is turned on or off in perfect order.

And that explains how one genome can create each of our different tissues. The problem was, until now, scientists knew little about how this happened at the key stage when human organs are first put together.

Increasingly, where patients are born with conditions affecting their heart, kidneys, brain and limbs but haven’t got an obvious fault in one of their genes, they are having their whole genome read quickly and efficiently by ‘Next Generation Sequencing’ (NGS).

However, scouring the 3 billion or so bases for the single problem is massively challenging—like searching for the proverbial needle in a haystack.

Adapting the same NGS technology, the team has been able to home in on only those parts of the non-coding genome that were functional and discovered it to be about 3% of the total.

By narrowing down the critical areas so significantly and accurately, the work will hopefully help doctors in how they make new diagnoses for patients.

The work also helps us to understand the fundamentals of organogenesis, the key phase during weeks five to eight of pregnancy when the body’s tissues are first assembled from rudimentary progenitor cells.

At this point, ensuring only the right genes are switched on in each different location is vital. We now know the precise patterns of this genetic regulation for each of the organs.

The researchers double-checked their findings in developing zebrafish and laboratory stem cells to show the critical non-coding segments of human DNA could light up green fluorescent protein appropriately, even in fish.

“Fingers crossed this new atlas on the deepest secrets of our genome will help scientists and doctors pinpoint previously unsolved genetic changes, helping to explain to patients and parents where things might have gone wrong. And in time, we hope it will begin the process for working out how we might be able to avoid this happening in the future.

What was striking was not just how particular sets of critical genes were turned on at the right time in the right place but how critical it was for the wrong genes to be shut off.

In effect, you could tell as much about the heart by understanding why it wasn’t a kidney or a lung We hope this new level of understanding will really help stem cell researchers benchmark the authenticity of the cells they are growing in the laboratory.”

(Professor Neil Hanley from The University of Manchester)

Scientists discover the first pulsating remains of a star in an eclipsing double star...