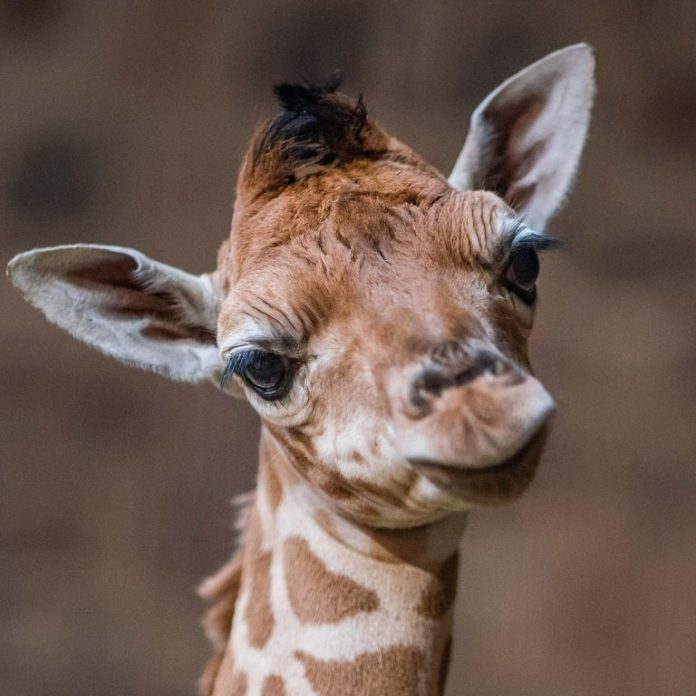 Orla, a highly endangered Rothschild’s giraffe, gave birth to the six-foot-tall calf on Wednesday at around 3am after a two-and-half-hour labour.

The pregnancy lasted 477 days and keepers say the as yet unsexed calf is so far looking “strong and healthy.”

The birth, the second at the zoo in the space of just eight weeks, is another important boost for the global breeding programme for the endangered animals, with the wild population standing at just 2,650.

Rothschild’s giraffes are highly threatened with extinction although, thanks to successful conservation efforts, their numbers are known to be increasing in parts of Uganda, Africa.

Zoo experts, alongside The Giraffe Conservation Foundation (GCF) and the Uganda Wildlife Authority (UWA), have been working to protect some of the last remaining populations of wild Rothschild’s giraffes in two national parks – Kidepo Valley and Murchison Falls – with numbers in Kidepo alone rising by 2000% in the last 25 years.

In 1995 it was believed as few as just three giraffes remained there [in Kidepo Valley]. However, in 1997, three more were translocated to the park from Kenya in an effort to boost numbers. Now, with 12 calves born in the last year, at least 60 giraffes are now known to live in the protected reserve.

High Polluting cars could be banned from Manchester City Centre