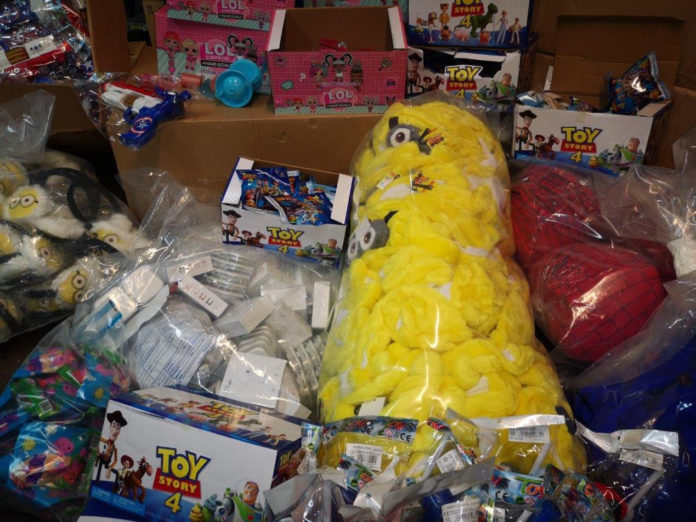 Trading standards officers from Salford City Council targeted businesses in Broughton as part of a pre-Christmas crackdown, acting on information from the public, partner agencies and brand holders

Councillor David Lancaster, lead member for environment and community safety, said it was one of the biggest hauls seized in recent years and will help keep people safe at Christmas.

“These products would have been bought by unsuspecting customers thinking they were getting leading brand name items. Other products were seized because they did not comply with the necessary safety standards,” he said.

“We are determined to make sure that Salford businesses only sell safe and lawful products and will clamp down hard on any that flout the law and put consumer safety at risk.”

The raids, which also involved Greater Manchester Police, business rates inspectors and brand representatives were carried out at eight wholesale and importing businesses in Rugby Street, Overbridge Road and Broughton Lane, Broughton between 2 October and 16 December. Items were seized from all eight premises.

Investigations are continuing and further action is being considered in line with the council’s enforcement and prosecution policy.