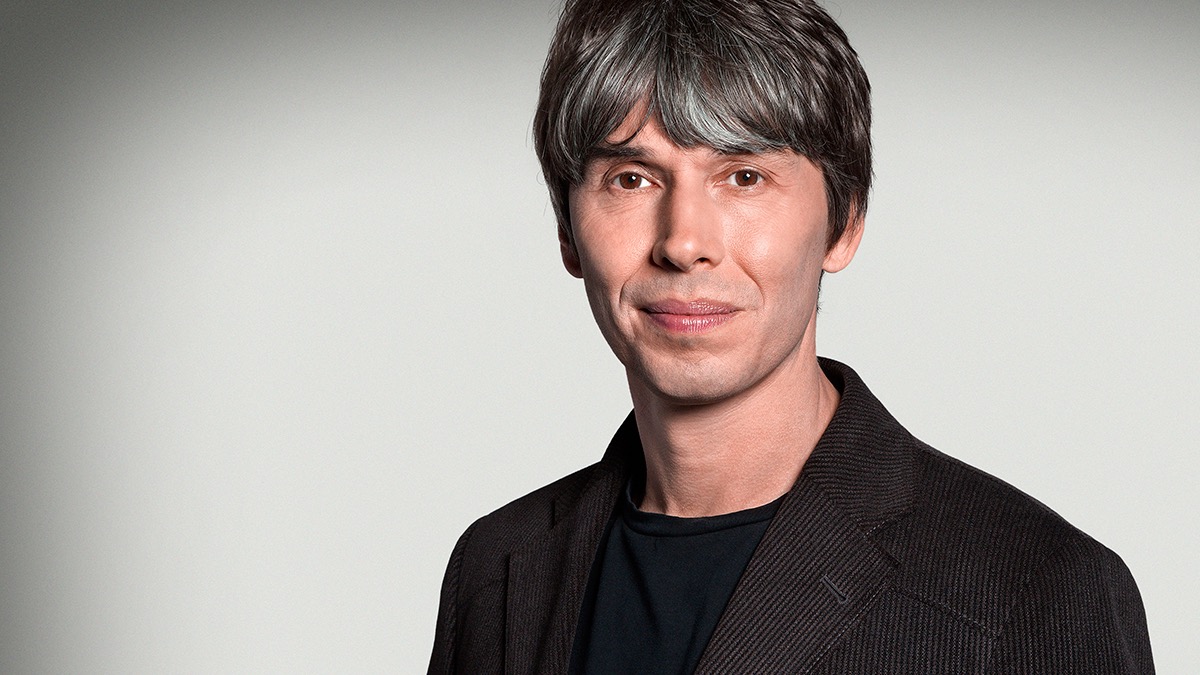 The Entire Universe is a unique collaboration from the creators of Spamalot, starring Professor Brian Cox, and combines fascinating facts about the birth of the universe with larger-than-life comedy characters penned by the legendary Eric Idle.
In this special programme, Professor Brian Cox will initially appear in the manner to which he is accustomed by giving an auspicious scientific Christmas lecture.

However, upon turning up to the infamous Rutland Weekend Television, he soon realises he is in fact in a major musical put on by the Muriel Tritt School of Music and Dance, choreographed by Arlene Phillips.

Throughout the programme, Professor Brian Cox continues to patiently mentor Eric in an attempt to make up for his entire lack of education in science. The result is an extraordinary explosion of comedy, music and dance depicting the birth of The Entire Universe – in just one hour.

Alongside Brian and Eric in an out-of-this-world plot, Warwick Davis plays the part of The Big Bang, Noel Fielding takes on Einstein and Hannah Waddingham tackles time, while Robin Ince attempts to keep order.

Eric Idle says: “I am very pleased that Rutland Weekend Television is back on BBC TV with a Christmas Special only 41 years after its last one. The world’s smallest TV station takes on the world’s largest subject: the entire universe.

“It’s fitting that 41 years after Rutland Weekend Television produced a Christmas special with George Harrison, it is back with the Beatle of Science, Brian Cox. No doubt what Rutland did for TV in the 70s it will now do for science – and set it back 40 years.”

Brian Cox says: “I’ve made many television documentaries over the years, and a constant complaint has been that the music is too loud and obscures the science. This undermines my credibility as a serious scientist. I expect The Entire Universe to be the final nail in the coffin.”

Warwick Davis says: “I’m thrilled to be hitching a ride on a musical journey through time and space with Prof Brian Cox! (Not words I’d ever thought I’d write in the same sentence). And the icing on this galactic cake is that the show is written by and stars my old chum, Eric Idle.”

Noel Fielding says: “Absolute dream to be working with Eric Idle and the rest of the case. Can’t wait to explore the Universe together through the medium of dance.”

The Entire Universe will be illustrated with songs by Eric Idle and John Du Prez and choreographed by Arlene Phillips.

Bloom and go for Gold on two fronts for Oldham