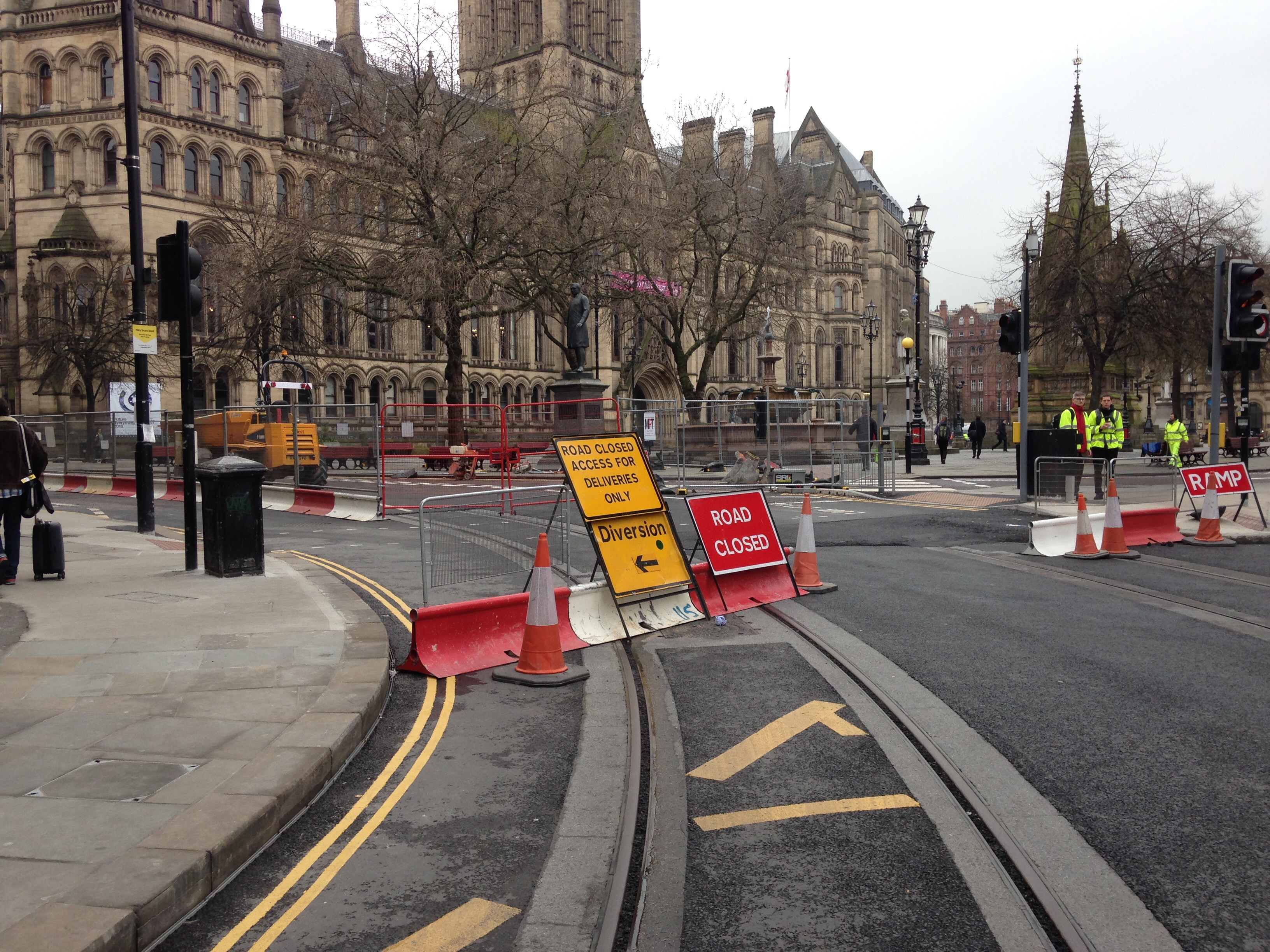 From Sunday 3 April, Peter Street and Oxford Street will reopen to two way traffic between Mount Street and Portland Street.
The following day, Monday 4 April, will see the final phase of 2CC work start on Princess Street along the side of Manchester Town Hall, which will require the road to be temporarily closed to all through traffic from Clarence Street to Cooper Street.

The road changes follow the recent reopening of Cross Street between King Street and John Dalton Street/Princess Street after track laying work along this section was completed.

Part of a three year build, the final Second City Crossing works on Princess Street are expected to last around nine months and will start with ground investigations, installing new ducts for essential services like phone, electricity and water, followed by laying tram tracks.

Pedestrian access will be maintained while Princess Street is closed to traffic. An access lane will be in place alongside the worksite for vehicles to service local businesses, and for emergency services.

The new tram line through the heart of the city centre will allow Metrolink to run more frequent, reliable and flexible services through the city and across the wider tram network when it opens in 2017.

By 2020, one thousand work shadowing opportunities will be created for Greater Manchester’s young...