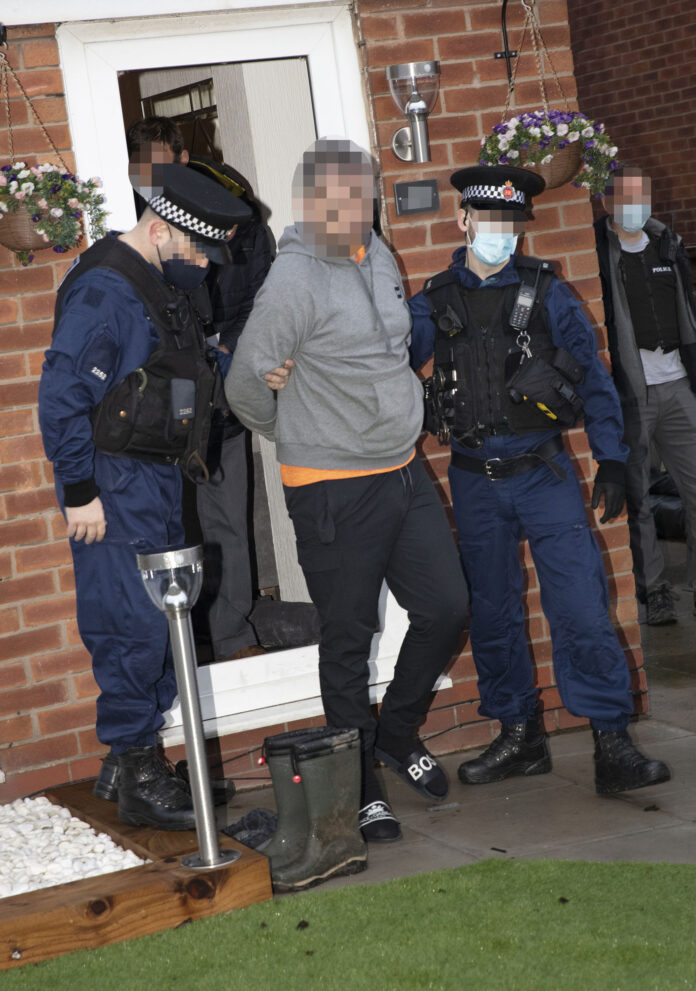 Police investigating drugs supply have raided 18 properties in Wigan.The raids were  carried out this morning.

In total 10 men aged between 22 and 41, have been arrested in connection with drugs and money laundering offences. They remain in custody for questioning.

The raids were led by officers from GMP’s Wigan district, Specialist Operations, Serious and Organised Crime Group and Challenger Teams from across the force.

Superintendent Mark Kenny of GMP’s Wigan District said: “GMP is committed to clamping down on drugs and the hugely detrimental impact they have on our communities. Today’s operation highlights that, and means that individuals who have blighted their community have been arrested.

“Illegal drugs and, the organised criminal gangs who seek to control their supply, have a corrosive effect on our communities and attract further criminality to the areas they operate. Today’s operation follows a long and complex investigation which will continue over the coming days.

“I would ask that if anyone has concerns about drug dealing or crime where they live, that they report it to us on 101 or 999 if it’s an emergency, or you can call Crimestoppers anonymously on 0800 555 111. You can also give us information via LiveChat on our website at www.gmp.police.uk.”