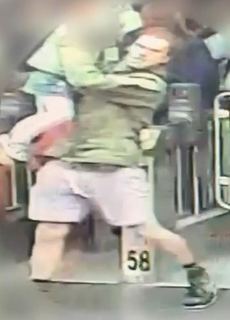 BTP officers are today releasing CCTV footage after an unprovoked attack on a member of rail staff at Manchester Piccadilly.
The incident happened at 11am on Friday 19 July.
A man is reported to have become agitated after being asked to show a ticket.
He lifted a child over the barriers, in the process knocking her head, and then turned to the staff member and punched her in the face.
The staff member suffered bruising and swelling and was signed off work for a period of time.

Shots fired at property in Hyde

17 year old sentenced for a series of sexual assaults on female runners in...