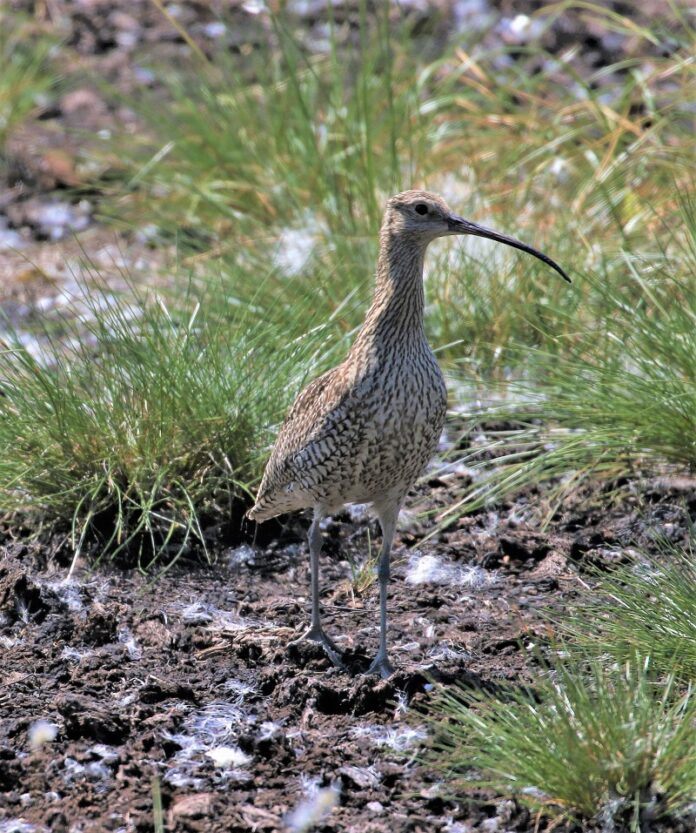 Peatlands the size of 250 football pitches will be restored across Greater Manchester, Lancashire and Cumbria, thanks to over a million pounds of funding from the Government’s Nature for Climate Peatland Grant Scheme, bringing benefits to people, wildlife and helping to fight climate change.

Peatlands are England’s largest natural terrestrial carbon store, storing the equivalent amount of carbon as found in the forests of the UK, France and Germany combined. However, it is estimated that only 13 per cent of England’s peatlands are in a near natural state, with degraded peatlands actively emitting carbon into the atmosphere contributing to climate change.

The Northern Lowland Peatland Coalition, made up of organisations including Lancashire and Cumbria Peat Partnerships and the Great Manchester Wetlands Partnership, has identified peatlands across the North West that were in need of restoration. This includes 16 sites stretching from the Solway Mosses and Black Moss in Cumbria, through Winmarleigh and Cockerham Mosses in Lancashire, via areas of the once extensive Greater Manchester Mosses, to Holiday Moss on the Mersey floodplain.

Northern Lowland Peatland Coalition Co-ordinator, Lancashire Wildlife Trust’s Sarah Johnson, said, “This funding is great news for our regions’ peatlands. Our lowland peatlands play an important role in climate regulation and when functioning well as a bog can act as a valuable carbon sink, locking potentially harmful carbon away into their peaty soils for millennia. However, this internationally rare lowland bog habitat has suffered a dramatic loss with 95 per cent of these peatlands in our region damaged and deteriorating. As a result, these areas are emitting millions of tonnes of greenhouse gas emissions each year, with lowland peatlands in the UK being responsible for around 56 per cent of peatland emissions although they only account for 14 per cent of UK peatland land mass.”

Peatland restoration requires a combination of hydrological management, to re-wet the peat using combinations of dams and bunding (areas of compressed peat that hold water), and then revegetating with a mixture of classic peatland plant species such as sphagnum mosses, cotton grass and even the carnivorous sundew.

Stephen Trotter, CEO of Cumbria Wildlife Trust commented, “The work of the Northern Lowland Peatland Coalition through this funding represents a significant opportunity to make an important contribution to the UK’s climate and carbon sequestration targets, to implement the peatland restoration objectives. This landscape scale restoration proposal represents a first vital step in the collaborative working of the coalition. Between the member organisations we encompass the largest remaining extent of lowland raised bog in England and have been at the forefront of delivering restoration of this rare priority habitat.”

Further funding is also being sought which would allow members of the coalition to identify and develop further areas of peatland that could be restored in the future, so it is hoped that over the four years of the current Nature for Climate Peatland Grant Scheme additional sites right across the north of England could be restored.

Environment Minister, Rebecca Pow, commented “Our peatlands are remarkable habitats which provide homes for many precious species and hold enormous amounts of carbon. By restoring 35,000 ha of damaged and degraded peatlands in England, 9 million tonnes of carbon dioxide would be prevented from being released by 2050 which would make a significant contribution to combatting the devastating impacts of climate change and biodiversity loss.

“The projects being awarded funding will bring about much-needed peatland restoration across the country. We have committed to triple our historic average annual peat restoration figures and these landscape-scale projects will provide a great contribution to achieving this and accessing the wealth of benefits healthy peatlands offer.”