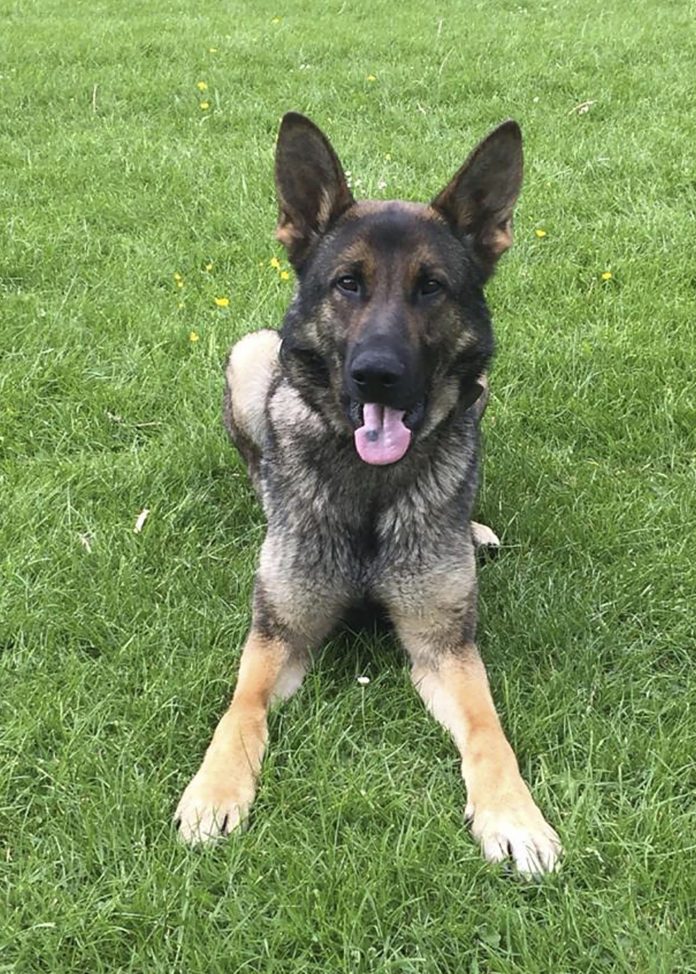 PD Ted is getting a well-deserved treat today after an early morning chase.

Whilst on his shift in the Wythenshawe area, shortly after 1am PD Ted’s handler PC Paul Shannon spotted a black Volkswagen that was suspected to be a cloned vehicle. The driver failed to stop for police and a pursuit entailed which involved the offender reverse ramming PC Shannon’s vehicle and at one stage, travelling the wrong way down the M56 back towards the city centre.

After a 15 minute pursuit, the offender abandoned the vehicle and fled into gardens of a property in Kingsway, Burnage. However PD Ted was on the case and with the help of NPAS, the man was subsequently arrested by PC Shannon.

A 20-year-old man has been arrested on suspicion of burglary, dangerous driving, disqualified driving, driving with no insurance and possession of a bladed article, and remains in custody for questioning. The man was also found to be wanted on recall from prison for common assault, having been previously jailed for burglary in 2017.

The car he was arrested in was also later found to have been stolen from a recent burglary in the Heaton Norris area. The vehicle is also believed to be linked to other burglaries within Stockport and Cheshire.

PC Shannon said: “The man was driving erratically and we are lucky that the roads were relatively clear at that time of night. After we had detained the man, Ted also found a knife he had allegedly thrown away whilst trying to escape. I’m extremely proud of Ted and he’ll definitely be getting some treats for a job well done.