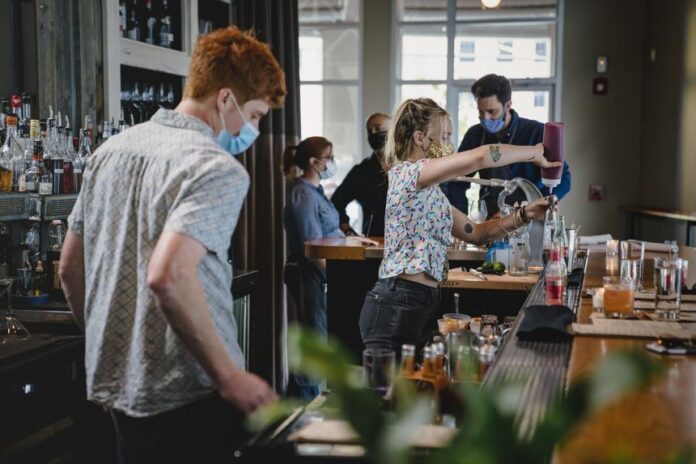 The number of employees on U.K payrolls moved closer to its pre-pandemic level last month and pay growth hit a record high, albeit distorted by the effects of coronavirus lockdowns.

The ONS said hours worked in a week surpassed the 1 billion mark for the first time since the pandemic first hit Britain and there was no sign of a feared surge in redundancies before the expiry of the furlough programme.

“As the UK edges towards a post-pandemic economy, many badly-hit sectors have been able to bring workers back, and this is borne out in the latest figures showing the number of UK employees continuing to rise through July.

“The months ahead need to see people moving into more stable, well paid jobs that offer a real route out of poverty for workers and their families. For those who have been unemployed since the first lockdown or before, extra help is needed to ensure that people in industries and areas still badly affected are not left behind in the recovery.

“The Treasury must also reverse its plans to impose the biggest overnight cut in the basic rate of social security since World War II, with the majority of those affected from October 6th being working families”.

“With employment up and unemployment down, the labour market is showing further signs of recovery.

“Yet, with vacancies at a record high, employers are concerned that staff shortages are stalling their ability to grow and support the country’s wider economic recovery.

“Recent changes to self-isolation mean that firms can at last continue to operate more normally, even if short-term absences remain a concern for sectors reliant on younger workers awaiting their second vaccine.

“A wider test and release scheme must be implemented so that self-isolation remains properly targeted at those who risk spreading the virus.

“Longer-term, firms must continue to invest in the skills and automation that will underpin future growth. The government can also help by ensuring that the qualifications it funds include those in short supply and removing barriers hampering firms’ ability to recruit overseas workers.”