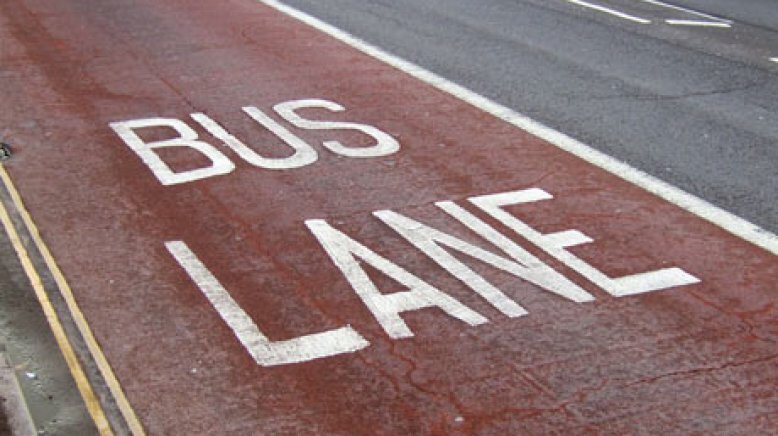 A new concept for Greater Manchester, a bus gate marks a section of road where priority is given to buses, cyclists and taxis while general traffic is prohibited.

Bus gates have been created to improve bus services by reducing journey times and increasing reliability. They provide a better service for passengers and ultimately support greater use of public transport.

The bus gate is well signed and motorists should follow the alternative routes.

The bus gate signage has been in place since July, but CCTV cameras will now go live with warning letters issued to all motorists for a two week period from Monday 12 to Sunday 25 September as they get used to the changes.

From Monday 10 October any motorist – other than buses and hackney carriage (black cab) drivers – will get a penalty charge if they drive through the bus gate.

A bus gate has been in operation on Portland Street since March. The vast majority of drivers are complying with the signage and using the diversionary routes, allowing buses to move more efficiently through the Piccadilly Gardens.

The bus gate opens as Transport for Greater Manchester have now completed improvement works on Oxford Road to create a pedestrian, cylists and bus-friendly space.

New bus lanes and stops have been added, along with new segregated cycle lanes and bike bypasses which safely separate cyclists from buses. At bus stops, instead of overtaking a bus, the rider can cycle ‘behind’ the stop, making it easier and safer for more people to use the popular route.

The Oxford Road works are part of a £1bn package of city centre infrastructure improvements by 2017 designed to boost transport in the growing city centre.

Motorists are 30% more likely to be involved in a crash when the clocks...

Tapping in to Public Desire