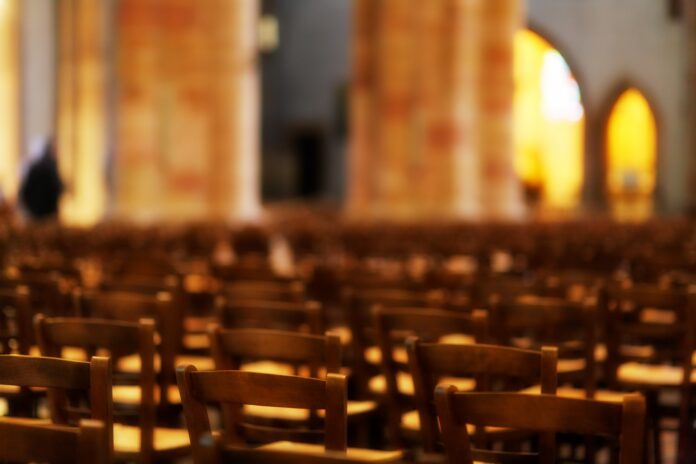 Online worship and the celebration of life events such as marriage and funerals were exceptionally difficult for religious communities under COVID-19 restrictions, shows the most detailed study of religious life during the pandemic.

Researchers from Manchester Metropolitan University and the University of Chester surveyed and held focus groups with hundreds of members of the public and clergy about their perceptions of religious life during COVID-19.

Despite the best efforts of clergy to adapt quickly and provide religious ritual experiences virtually, religious congregants who took part in the study found digital worship to be less spiritual, less meaningful and, on the whole, less effective.

However, the study suggests that online attendances were higher than pre-pandemic, and people enjoyed being able to ‘visit’ different churches, mosques or places of worship other than their own.

Online worship also opened doors up for those who could not or did not wish to attend worship in person, opening out religious life to a wider swath of the public.

These realities show how COVID-19 is likely to have accelerated an already existing trend towards a more digital religious experience, the report authors argue, but what that future will look like is still not clear.

“During this crisis, people have found meaning, stability and community in participating in the rituals of their faith. Digital technologies have made that possible, even during social distancing, and that’s been a great benefit. But the experience of worshipping online is different than the experience of worshipping in person, and while there have been some very exciting developments, the sense of community that comes from face-to-face gathering is hard to beat.

“We hope this project will help religious leaders think through the possibilities and challenges of digital technology, so that when they’re used, it’s in a helpful, humane way that broadens out and opens up religious life, rather than shutting it down.”

Researchers conducted their study in three parts: a survey of 604 religious leaders and congregants, 15 case studies with different religious groups, including a Birmingham mosque, Catholic churches, and Orthodox Jewish online women’s prayer group, and around specific events such as Remembrance Sunday, and an action research group to respond to the findings comprised of clergy and lay leaders from various faith communities.

Informal, interactive services, such as collaborative discussions held over video-conferencing software, were more popular than technically sophisticated live streams, demonstrating the enduring importance of communal experiences. Smaller communities also seemed to do better at adapting to the change than larger ones.

Report authors argue that the higher attendances at virtual services, and people being able to ‘shop around’ for services outside of their usual geographical area, have the potential to cause long-term effects in how religious worship is delivered and appreciated.

The substantial disruption to religious authority – with lay members of congregations taking on technical and organisational responsibilities – also demonstrate a potential long-term shift.

Professor Alana Vincent, Professor of Jewish Philosophy, Religion and Imagination at the University of Chester and researcher on the project, said: “The pandemic has accelerated a move towards digitisation which was already highly likely—but it has also made people more aware of what cannot be digitised. The challenge for religious communities going forward will be to maintain the good things, such as increased accessibility, while also providing the sense of community and connection that people crave.”