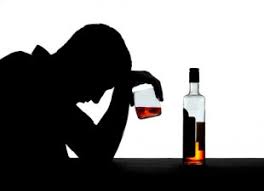 New research reveals that almost three in five (58%) of all people (aged 18-75) who drink alcohol are doing so because it helps them to cope with the pressures of day to day life.

According to a new Drinkaware/YouGov survey, which looks at adult drinking patterns in the UK, 38% of men and women who said they had drunk alcohol in the last year had done so to forget their problems at least some of the time. 47% said they had done so to cheer themselves up when in a bad mood.

41% said that they had drunk alcohol because it helps when they feel depressed or nervous, with 54% of these people having done so at increasing levels of risk.

The data also reveals that this trend is roughly equal for both men and women and is seen across all age ranges to varying degrees. However, people in lower social grades, who are more likely to be experiencing financial and housing worries, are drinking to forget their problems or when they are depressed or nervous, at a significantly higher rate.

“January can be a difficult time of year for many people and families up and down the country when day to day concerns about finances and debt come sharply into focus.

“What this thought provoking survey shows is that a worrying number of people are drinking alcohol to help them cope with the pressures of day to day life.

“Whilst people might think having a drink after a hard day can help them relax, in the long run it can contribute to feelings of depression and anxiety and make stress harder to deal with. This is because regular, heavy drinking interferes with the neurotransmitters in our brains that are needed for good mental health.

“The number of people who are drinking when they are already feeling depressed or nervous, and at levels which are harmful to both their physical and mental health is also deeply concerning.

“Regular drinking lowers levels of serotonin – the brain chemical that helps to regulate moods. This is one factor leading to symptoms of depression if people drink heavily and regularly.