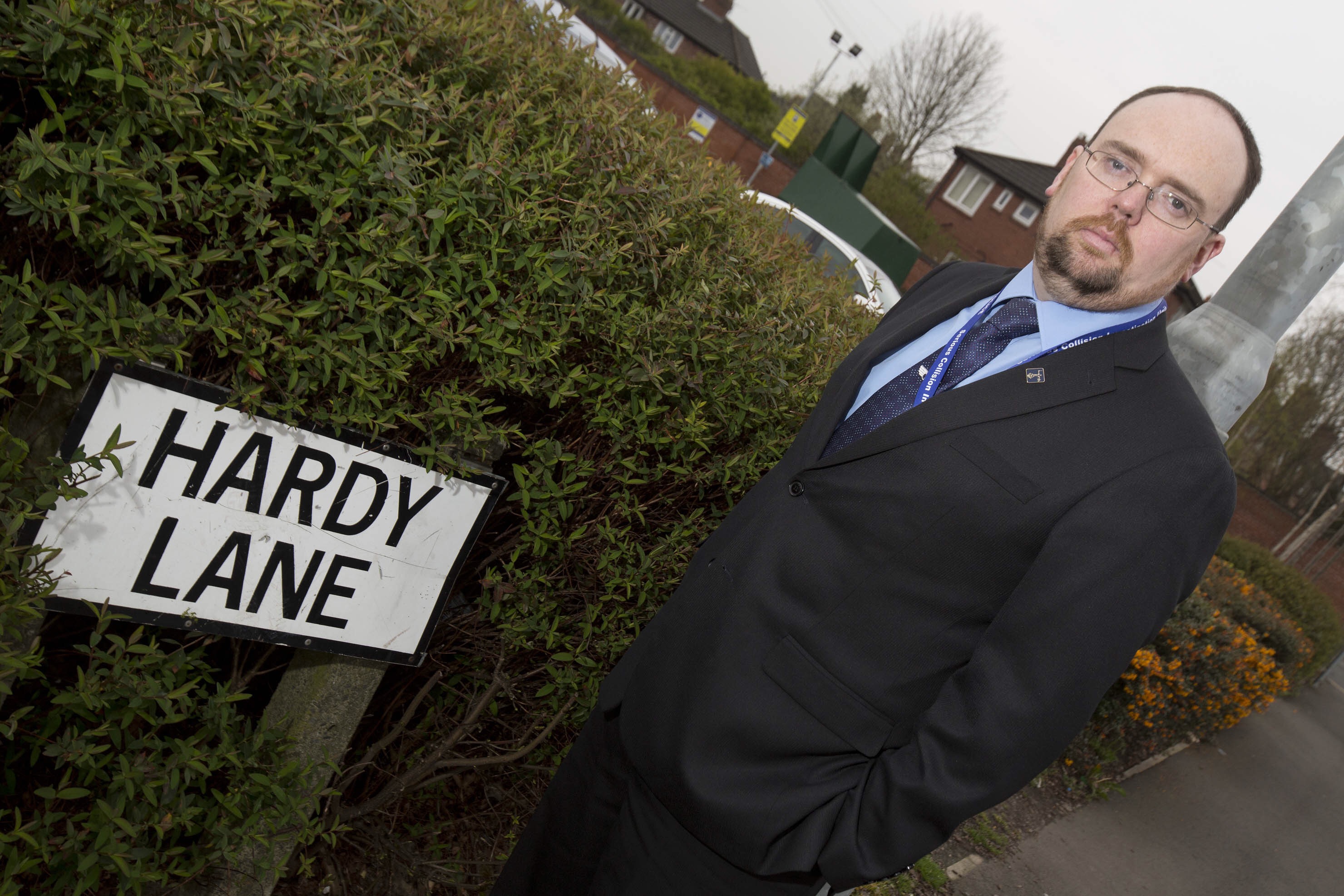 A police officer will be given a Chief Constable’s commendation after his tireless work brought justice to the family of a five-year-old boy who died in road traffic collision 13 years ago.

Sergeant Lee Westhead, part of the Serious Collision Investigation Unit which has the capability to re-visit unsolved fatal collisions, began reinvestigating the case in 2012.

The incident happened on February 9th 2003 when Samuel Walker was walking to his Grandmother’s house with his mother Jacqueline to have a picnic.

As he crossed Hardy Lane, Samuel was hit by a silver Mitsubishi Gallant which failed to stop and was found abandoned nearby.

Despite believing they had a strong suspect, the 2003 investigation team could not identify the driver and the case was closed after 73 days.

On the tenth anniversary of Samuel’s death, Sgt Westhead launched Operation Marco, returning to the scene of the incident and launching a witness appeal alongside a reconstruction of the incident.

Sgt Westhead traced and interviewed every person aged between 16 and 25 who lived on the estate where Samuel died or was a person of interest in the original investigation.

After months of disappointment, Sgt Westhead traced a man in 2013 who had witnessed the incident and was able to identify the driver as Nawnee Mackin.

Samuel’s mother attended at a video identification parade and identified Mackin as the driver of the car that had knocked down and killed her son.

In October 2013 Mackin was located and a successful operation was put together to arrest both him and the owner of the car involved, Craig Chevelleau.

Following their arrests and no comment interviews, Sgt Westhead returned to the CPS, but authority to charge was not granted.

Sgt Westhead then approached an independent barrister, Henry Blackshaw and the pair worked through the appeals process.

After a two-week trial at Manchester Crown Court in June 2015, Chevelleau was unanimously convicted of perverting the course of justice but the jury were unable to reach a verdict on Mackin.

In November 2015, after another two-week trial and four hours of deliberation the jury unanimously convicted Mackin of causing the death of Samuel and was sentenced to nine years in prison.

Chief Constable Ian Hopkins said: “This is a remarkable example of police work that highlights the importance of never giving up.

“Sergeant Westhead’s tenacity and commitment to getting justice for Sam and his family has been exceptional.

“He showed incredible dedication and a desire to go beyond his duty to get the best for Sam’s family and bring them closure after 13 traumatic years.

“His actions deserve to be recognised. I am proud to be able to award him with a Chief Constable’s Commendation.”

Sgt Westhead said: “Taking possession of two cardboard boxes in 2012, I couldn’t have comprehended the journey I was about to embark on.

“I would like to recognise the bravery of Samuel’s mother who had to suffer the ordeal of giving evidence about the events of that tragic day.

“It wouldn’t have been possible without the tremendous effort, dedication, determination and outstanding ability of Henry Blackshaw.

“Taking Jacqueline and her family into court for that verdict was one of the most unnerving moments of my career.

“Helping to deliver justice to decent people who have been the victim of tragic circumstances makes up for every bad day I have ever had at work.

“Operation Marco was only possible because I was given the time, support and resources to do a thorough job. It was a team effort that ended years of suffering for Samuel’s family.

“I’ll never forget Samuel Walker, he had his whole life in front of him and who knows what other wonderful things he may have achieved and what adventures he would have had. I hope at last, he can rest easy now.”