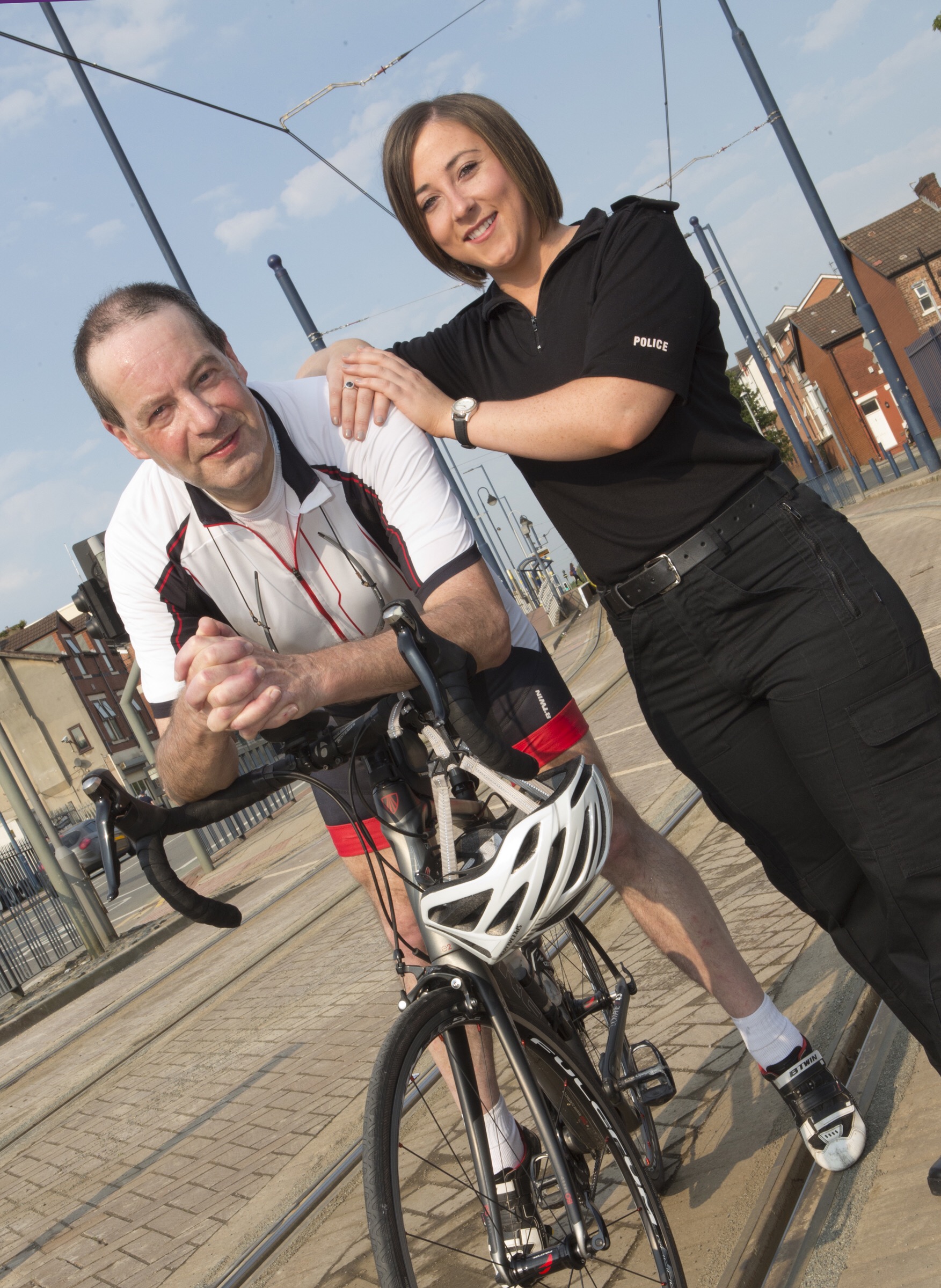 An off duty Special Constable from GMP has been awarded a Chief Constable’s commendation for helping a stranger who came off his bicycle in Salford.

Special Constable Victoria Thomas was driving down Eccles New Road in Salford during her Sunday morning off work, when she saw an unconscious cyclist lying next to the tram tracks.

Reaching the man on foot, Victoria noticed damage to the man’s helmet, suggesting he had suffered possible head injuries.

A passer-by had also stopped to help the injured man. As Victoria and the passer-by offered aid to the cyclist, he regained consciousness.

Obviously dazed, the man none the less wanted to continue on his journey, even after being unconscious for several minutes.

The cyclist told Victoria that one of his bike’s wheels had become wedged in the tram tracks, throwing him to the ground.

Given the possibility that the cyclist could have internal head injuries or later suffer from concussion, Victoria decided that the best course of action was to drive the man to the nearby Salford Royal Hospital.

Jo Hutchinson, the kind-hearted passer-by who had stopped earlier to help, then volunteered to cycle the man’s bike there for when he was feeling better.

After a night of observation cyclist Ross Gidman was released from hospital, but was advised by medical staff not to ride for the following week.

After making a full recovery Mr Gidman, 62 from Ashton Under-Lyne, then wrote to the GMP officer to express his thanks and gratitude for her help and insistence on taking him to the hospital for a check-up. In an email he wrote: “I do thank you for staying with me and for transporting me to hospital. I won’t forget your kindness to me.’

For her thoughtful actions, Special Constable Victoria Thomas was awarded a commendation from GMP Chief Constable Ian Hopkins, at a ceremony at Sedgley Park on 2nd August.

Chief Constable Ian Hopkins said: “Vicky showed tremendous consideration in helping Mr Gidman. It shows that even when off duty, our officers are of the character to always help the public and communities of Greater Manchester as best they can.

“Vicky should be proud of her actions, as we are to have her here at GMP.”

Victoria, based at Pendleton, said of receiving her award: “Although I was honoured to receive my award from the Chief Constable, I don’t think I did anything out of the ordinary.

“For me the most important thing was the wellbeing of the cyclist and I am delighted to learn that he has made a full recovery.

“My thanks also go to Jo who selflessly gave her time to assist, by taking the injured man’s bicycle to the hospital.”

Special Constable Victoria Thomas, who as well as volunteering as a Special, currently works for the Force as a full time Operational Support Officer and will begin her full Officer training in October.

Bleach thrown from a car in Openshaw