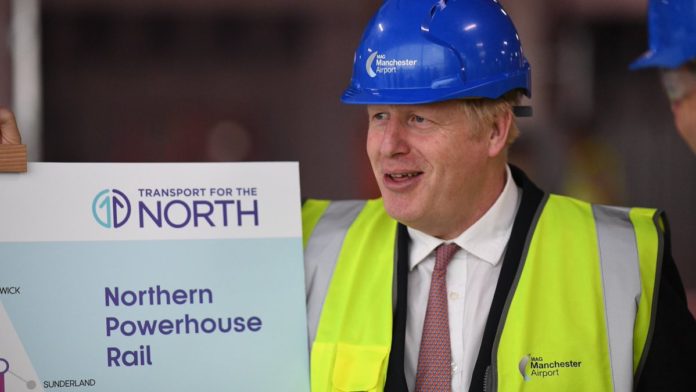 Leaders from across the North of England have today called on the Government to commit to a ‘Northern Budget’ in order to deliver a boost to the region’s economic fortunes.

The call, which is backed by members of Transport for the North’s Board – who collectively represent more than 15 million people across the North – asks the new Government to deliver on commitments previously promised as part of the Northern Powerhouse agenda. It comes just days after the Chancellor announced a fast-tracked spending round for Government departments for the next year.

Northern leaders are calling for a commitment to three core “asks” for the North of England to get the bare essential in better transport infrastructure in the short, medium and long-term.

It includes a commitment to a £7 billion Northern Infrastructure Pipeline, featuring road and rail projects which could commence in the next five years and have the potential to transform connectivity in the short-term.

The “asks” call on the Government to consider both short and long-term commitments to the North, at both this year’s fiscal event and the longer-term review of infrastructure spending now slated for 2020.

t follows a pledge by the Prime Minister to turbo-charge infrastructure by delivering a new high-speed rail line between Manchester and Leeds, and his commitment on the campaign trail to be the leader of his party in July, where he said that Transport for the North were: “making a very, very good case here for £39 billion investment in east-west connections from Liverpool to Manchester, Bradford, Leeds.”

Barry White, Chief Executive of Transport for the North, said:

“The North is now at the top of the national political agenda, with promises to balance out the UK’s economy and unleash our potential by better connecting our towns and cities. We now need a Northern Budget to make both the shovel-ready projects and the ambitious longer-term programmes like Northern Powerhouse Rail a reality.

“Closing the productivity gap between North and South is essential if we’re to compete on a global stage – but the North’s constrained by creaking infrastructure.

“These are the minimum requirements needed to overturn the underinvestment, under different Governments, stretching back decades. It’ll ensure the North becomes greater than the sum of its parts and will get the UK firing on all cylinders.

“Whilst the Government is planning for a one-year spending round for its departments against a Brexit backdrop, there is no reason why we can’t see real commitment and recognition of the ambitious pipeline of infrastructure investments the North so badly needs.”