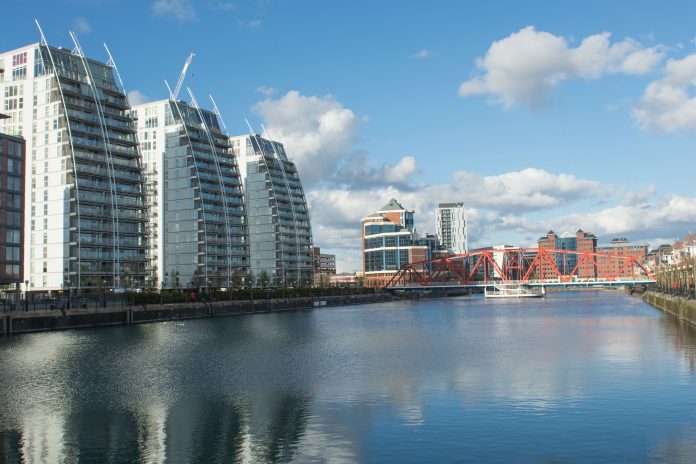 The North’s metro mayors, business leaders and civil society leaders have joined forces to demand control over funding needed to rebalance the economy.

In a cross-party call, the Mayors of Greater Manchester, Liverpool City Region, Tees Valley and Sheffield City Region, alongside the NP11 Board, representing the North’s 11 local enterprise partnerships, the Northern Powerhouse Partnership, the voice of business in the North and the People’s Powerhouse, a grassroots movement, say the Government must fully fund and devolve the Shared Prosperity Fund (SPF).

They are calling for control over the money, which will be repatriated from the EU after Brexit, so they can use it to drive up living standards in their areas.

In its 2017 manifesto, the Conservative party promised to deliver a UK Shared Prosperity Fund with money repatriated from the EU to support towns and cities. The money – known as EU Structural Funds – has been committed until 2020 and is worth £2.4 billion a year in EU and national match funding.

The Government promised a consultation on its replacement earlier this year. In July, a written ministerial statement said this would be launched ‘later this year’, with details of its operation and priorities due in next year’s Spending Review. But the Government has been urged to ensure its funding is guaranteed ahead of this and the SPF implemented quickly to create more and better jobs.

The urgency is underlined by new analysis by the independent Joseph Rowntree Foundation (JRF) which shows how some towns and cities have fallen further behind the rest of the country on employment and pay for the least well-off (see notes to editors). Nationally the UK has record employment, but some towns and cities are locked out of this success, according to JRF’s new report.

“More than two years since the Brexit referendum, the defining mantra of that campaign – to take back control – looms large as we approach March 2019. If that phrase is to mean anything, it must mean substantial devolution of power and resources out of Westminster to the English regions.

“The UK’s employment rate has recently hit record highs and many of our city centres are thriving hubs of commerce and culture. But some places remain locked out of this success story.

“This underlines the need for areas to be given more control of the tools to unlock inclusive economic growth in their communities. Ministers have promised a consultation on the Shared Prosperity Fund this year and this is becoming urgent if we are not to be left with a damaging gap between the ending of EU Structural Funds and the setting up of the Shared Prosperity Fund – a gap which would lead to the closure of vital economic programmes and investments.”

“If this investment across the country was targeted it would greatly benefit the areas in most need. The Northern Powerhouse is nothing without the talent of its workers, and as we grow the economy creating opportunities for those out of work is vital. Alongside businesses investing in creating new, higher-skilled jobs, we need to ensure those living in towns and communities which have been great in the North’s glorious past can play their part in it being even greater in the future.”

Tracy Fishwick, Director of the People’s Powerhouse movement, said: “It is important this funding is devolved to the North and it continues to support, as it does now, development at a community and grassroots level. What can’t happen is that areas of the North that have relied on EU funding for many years find that is taken from them – especially as the funding has been helping support Northern communities where austerity measures have hit hardest. It’s vital there is the understanding of what is needed on the ground and that can’t happen from Westminster – it means genuine involvement from local grass roots organisations and listening to what local people say.”