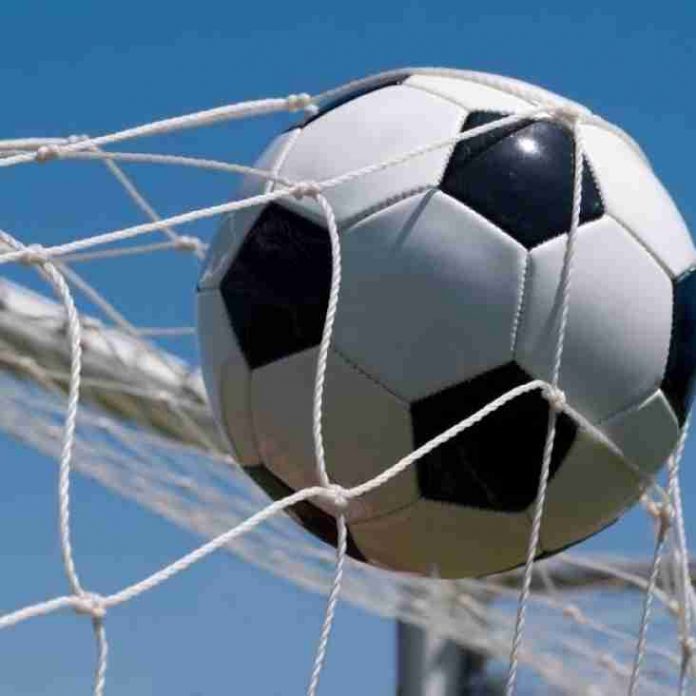 Salford City are joint top of the Conference North this weekend, Mike Phenix’s goal just before half-time enough to bring three points home from Lincolnshire for the Ammies after their visit to Gainsborough Trinity.

Salford are level on points with Harrogate Town with twenty nine points from their first twelve games.

Stockport County registered a comfortable home victory over bottom-placed club North Ferriby that broke their duck against the ‘Villagers’, as well as continuing an unbeaten record at Edgeley Park that now stretches back over ten months in all competitions.

Two goals in each half, and either side of a sole successful strike by the visitors shortly after the interval moves the Hatters up to tenth in the league table.

Curzon struck an added time equaliser to stun the home side as Brackley appeared to be easing to a comfortable home win. Joe Guest hit a terrific shot from 20 yards to send his side back up the M6 with an unlikely point.

Brackley went ahead through Glenn Walker’s perfect free-kick after 25 minutes. But they were pegged back by Richard Baker’s equally precise free-kick on 35 minutes in a rare attack by the visitors.

Aaron Williams scored his second goal of the season to restore Brackley’s lead on the stroke of half-time finishing on the volley after Lee Ndlovu had headed on Shane Byrne’s free-kick.

FC United moved away from the bottom of the table with a much deserved 3-1 scoreline over Tamworth FC on Sunday afternoon at Broadhurst Park.

Jason Gilchrist with a brace, followed by a Steve Irwin penalty and Connor Taylor replying for the Lambs.

Into the Evo Stik Premier League and Altrincham put their FA Cup woes behind them with a narrow 1-0  victory against a Grantham side courtesy of a second half Jordan Hulme goal. Despite the three points gained, Alty remain eighth in the table.

An injury time penalty grabbed a dramatic late winner for Whitby after Ashton had drawn level with just 3 minutes left at the Turnbull Ground. The Robins had taken an early lead through top scorer Liam Tomsett, Kieran Weledji equalising just before half time to put the Seasiders level.The home team went in front with twenty minutes left, Pritchard levelled for the Robins with three minutes left but the action had still not finished as a corner into Ashton’s box saw an apparent push by Chalmers on Carson with the referee taking a moment to decide and it was the substitute who stepped up to confidently fire home the winner.

Stalybridge Celtic’s season continues to go from bad to worse, a 4-0 hammering at Coalville leaving manager Steve Burr cursing mistakes that were the difference between the two teams.

Hyde United are our highest placed club in the Evo Stik Division One North after the weekend results, a first half equaliser from Beagle seeing them share the points at Ossett Town.

Trafford  secured a well-fought victory at the First Point Shawe View Stadium on Saturday against a well organised Droylsden side, first half goals in the space of a minute by Michael Monaghan and Aaron Burns set them on their way, a late goal from Keogh sealing it. Droylsden dropping to tenth place in the table after two consecutive defeats.

Jon Macken’s first game in charge at Radcliffe saw his side fall to a 2-1 defeat at Ossett Albion, a Darren Torpey own goal putting the home side in front in the first half, James Hooper equalising for Boro on sixty one minutes but a mistake in injury time saw Radcliffe concede a penalty, Welsh scoring  for a much needed three points for the league’s bottom side.