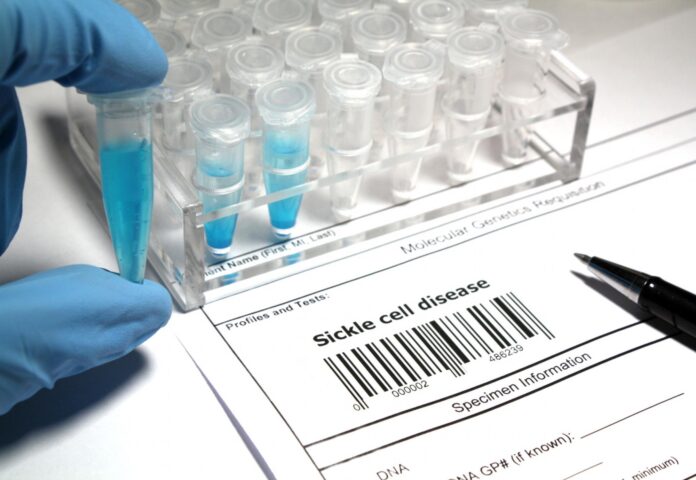 NHS England has launched a brand new campaign to boost public awareness of the genetic disorder which affects thousands across the UK.

The campaign, dubbed ‘Can you tell it’s sickle cell?’, is aimed at increasing awareness of the key signs and symptoms of sickle cell disorder – which disproportionately affects people from Black African and Caribbean backgrounds – among emergency care staff, carers and the wider public.

A brand new NHS training programme will also help staff better understand the condition, crises, and how to care for patients during their greatest hour of need.

It comes less than a year after the NHS struck a deal to roll out the first sickle cell treatment in 20 years, which will help as many as 5,000 people over three years to have a much better quality of life.

People with the disorder endure severe pain during a ‘sickle cell crisis’ that can occur multiple times per year, often requiring hospital admission so they can be given morphine to control the pain and prevent organ failure which can be fatal.

Symptoms of a crisis include – but are not limited to – severe pain, fever, one-sided paralysis, difficulty walking, sudden vision changes and confusion.

Speaking at NHS ConfedExpo on Wednesday, NHS chief executive Amanda Pritchard reflected on a recent visit to the sickle cell and Thalassaemia service at the Whittington Hospital where they have built personalised community care for patients.

NHS chief executive Amanda Pritchard said: “I heard really powerful stories from patients living with sickle cell disease about their experience of the wider health service, how they have been treated appallingly when they have needed to go to A&E, so much so that they told me they have to think twice and often delay coming forward for care when they need it.

“This brings us back around to tackling health inequalities. One of the patients I spoke to asked: ‘If I was white, would I be treated like this?’ She didn’t trust that the NHS as a whole viewed her as an equal. That has to change.

“I’m determined that we need to make things better for this particular patient group, but this also speaks to how we need to improve experiences for all patients, earn the trust needed to ensure that every individual feels able to seek help when they need it, and feels they will be listened to if they tell us something isn’t right.”

This new campaign comes after the NHS struck a deal last October to roll out a drug called crizanlizumab which is expected to reduce the number of times a sickle cell patient needs to go to A&E by two fifths.

Scotland to lock down from midnight