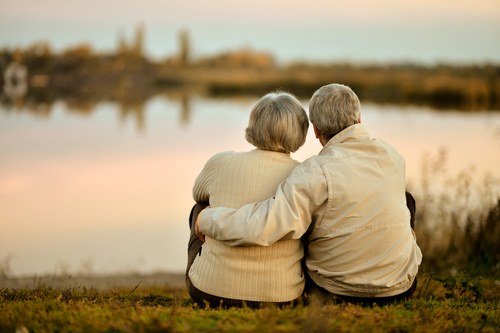 The findings  reveal a mixed picture on the impact of Urinary Incontinence (UI) on sexual activities, difficulties and satisfaction for both older men and women.

Men with UI reported declines in sexual desire, increased erectile and orgasm difficulties, and concern about these sexual functions.

This research paper, from academics at Manchester Metropolitan University published in the journal BJU International, used data from the English Longitudinal Study of Ageing (ELSA).

Questionnaire responses were included from 3,805 individuals aged 50-90+ living in England on topics about ageing, health and sexuality.

Twenty per cent of women and seven per cent of men reported having UI in the last 12 months, although these proportions increased markedly with age.

The study explored the link between UI and sexual health among generally healthy, community-dwelling older adults, while previous research has tended to focus on non-representative groups or patients attending genitourinary clinics.

Dr David Lee, lead author and Reader in Epidemiology and Gerontology at Manchester Metropolitan University, said: “While not life-threatening, UI is associated with social isolation, depression and reduced quality of life, and sexual health and satisfaction are increasingly recognised as positive indicators of quality of life and emotional well-being in older people.

“Both urinary incontinence and later-life sexuality remain taboo subjects in society, and are likely to be under-reported as coexisting health problems.”

The study showed reported UI was most consistently linked with greater reported declines in sexual activity and function, and worries about the frequency of sexual activities and sexual function.

Higher levels of depression were also strongly related to both UI and poorer sexual health, and this may be partly driven by negative effects of UI on quality of life due to leakage, odour, anxiety and embarrassment.

Dr Lee added: “Given the relatively high occurrence of urinary incontinence, particularly among women, healthcare professionals should be aware of the potential impacts on quality of life and wellbeing, and recognise that sexual activity and satisfaction are key factors in this equation.

“We need to reinforce the importance of asking about sexual health in clinical assessment, given the ‘taboo’ nature of both issues.

“An increased recognition of the close relationship between incontinence and sexual health could result in more inclusive treatment options being offered to improve both outcomes, potentially leading to more satisfying intimate lives.”