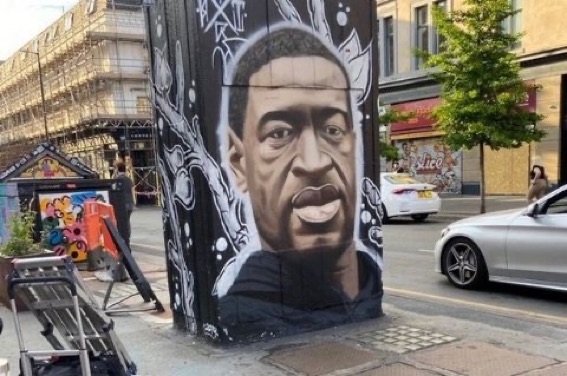 A mural paying tribute to George Floyd has appeared in Stevenson Square.

Painted by the artist Akse, the French street artist who has been in Manchester since the 1990’s the mural was painted yesterday afternoon as the world began to mark the death of George Floyd, a black man, after he was pinned under the knee of a white police officer in Minneapolis for almost nine minutes.

Demonstrations against police violence and racism have continued in America along with violent disorder and looting, with more than 40 cities under curfew.