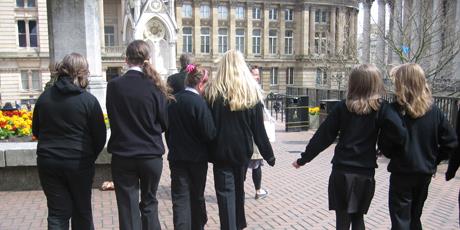 The report says funding has not kept pace with the rising demands placed on schools and colleges. The Committee’s inquiry found that, as well as coping with growing pupil numbers and rising costs, schools were increasingly being asked to cover additional services – such as mental health, social issues and more complex special educational needs and disabilities provision – without adequate resources, putting the sector under significant strain over the past decade.

The report shows that further education has been hardest hit, with post-16 funding per student falling by 16% in real terms over the past decade. MPs urge a £1 billion boost.

Among its recommendations, MP’s say that the government must 4urgently address underfunding in further education by increasing the base rate from £4,000 to at least £4,760, rising in line with inflation,increase school funding by raising the age-weighted pupil unit value and increase high needs funding for special educational needs and disabilities to address a projected £1.2 billion deficit.

The report also recommends implementing the full roll-out of the National Funding Formula as soon as feasible, and make the various funding formulae more forward-looking and less reliant on historical factors and ensuring that all eligible students attract Pupil Premium and overcome existing barriers to automatic enrolment as a matter of priority.

They say that schools should secure from the Treasury the full amount of estimated Pupil Premium money that has not been claimed because students did not register for free school meals, and allocate this money to disadvantaged children; and extend the Pupil Premium to provide for 16–19 year olds.

“Education is crucial to our nation’s future. It is the driver of future prosperity and provides the ladder of opportunity to transform the life chances of millions of our young people. If it is right that the NHS can have a ten-year plan and a five-year funding settlement, then surely education, perhaps the most important public service, should also have a ten-year plan and a long-term funding settlement.

Substantial amounts of money have been allocated to education by the Government, but spending has not kept pace with the growing demands placed on our schools and colleges. Alongside the ten-year plan, the Government needs to cover the 8% funding gap currently faced by schools.

There is a crisis of confidence in the ability of mainstream schools to provide adequate SEND support. This needs to be tackled through increased school funding to support better early intervention. The Government must also spend an extra £1 billion to address the projected high needs deficit. There should be automatic enrolment so all eligible students receive Pupil Premium, and previously unclaimed money should be clawed back from the Treasury to help the most disadvantaged pupils. Pupil Premium should also be extended to 16-19 education.

Given the march of the robots and the rise of automation, it is extraordinary that further education has for so long been starved of cash. Funding further education properly must sit at the heart of a ten-year plan.

To make sure we are giving schools and colleges the money they need, we are calling for a comprehensive, bottom-up national assessment of the real-world costs of delivering a quality education. A proper ten-year plan and long-term funding settlement would provide stability for schools and colleges and help ensure that our education system is fit for the 21st century.”