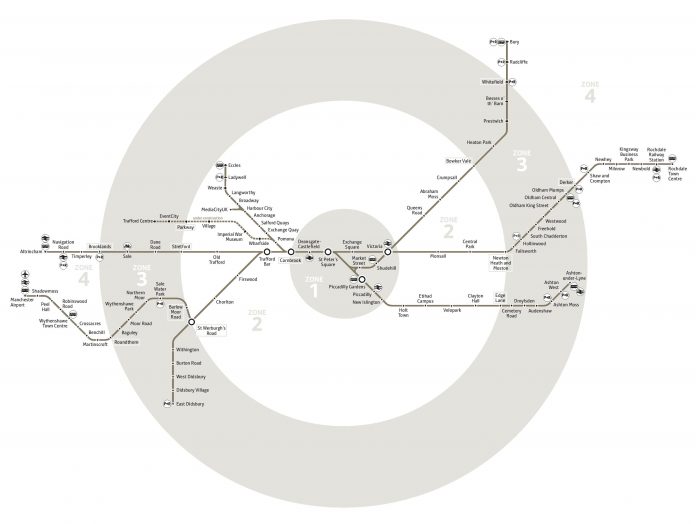 Metrolink customers will be able to get on board with simpler, more convenient and flexible fares from 13 January, it can be revealed for the first time today.

The move will signify a key step towards a more integrated ticketing system for the region’s public transport network, one of the Mayor’s manifesto pledges and a pillar of TfGM’s 2040 Transport Strategy.

Metrolink is the UK’s largest light rail network, with more than 42m journeys currently made a year.

By simplifying the fares system and offering better value for money, it’s hoped more people will be encouraged to leave their car at home and try the tram instead, helping to tackle congestion and improve air quality.

“I’m keen to see a system that is simpler to use, more convenient and offers passengers more for their money – something that zonal offers Metrolink customers and which we’re now able to introduce. This new zonal structure is important as Greater Manchester moves towards an integrated, London-style public transport system.

“However, to make significant change and give people a real alternative to their car we need something that works across our buses, trains and trams. The ‘Take Control of Transport’ campaign is so important and I urge all those who live and work in Greater Manchester to get behind it.”

The four zone system will cut the thousands of current stop-to-stop fare combinations to just 10 zone-based fares, and bring Metrolink in line with many other European tram networks that have similar structures.

Details of the zones and fares can be found at www.tfgm.com/zones.