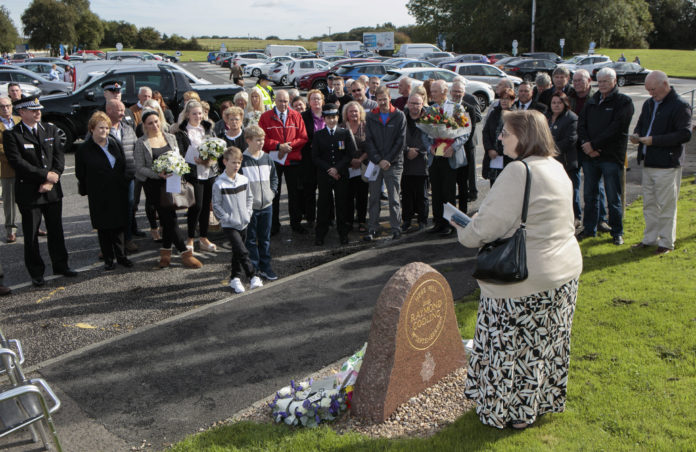 A memorial service was held to mark the 30th anniversary of the death of Inspector Ray Codling.

On 14 September 1989, Inspector Ray Codling was undertaking routine patrol duty at the Westbound Birch Services on the M62 motorway when he was shot and killed by convicted armed robber Anthony Hughes. Hughes shot himself less than 12 hours later.

Ray’s widow Linda Codling attended along with his children Darryl and Katherine and, for the first time, several of his grandchildren who live in France. Ray’s partner on the day, retired Sergeant James Bowden, also attended.

Following the service there was a reception at Rochdale police station. Superintendent Hunt said: “Ray’s death was a tragic loss which highlights the dangers that police officers face every day whilst doing their job.

“Ray was an excellent police officer and that day will forever be remembered as a day when Greater Manchester Police lost one of its own. Today all of our thoughts are with his family.”

The service has been organised by Greater Manchester Police’s Rochdale Division with the Codling family. With thanks to Birch Services who have been very supportive of this service from the start.