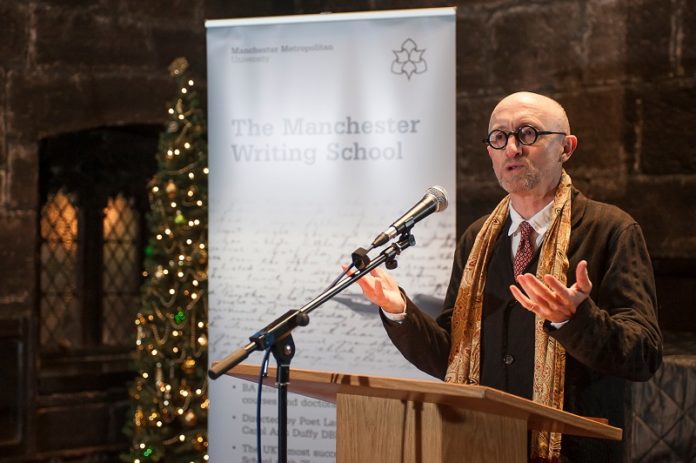 An outstanding international shortlist of new writing by emerging authors and poets has been announced for this year’s Manchester Writing Competition – the UK’s biggest prize for unpublished work.

Devised by Professor Carol Ann Duffy DBE at the start of her poet laureateship in 2008, the competition has since awarded £175,000 in prize money and helped to accelerate a number of literary careers.

Organised by the Manchester Writing School at Manchester Metropolitan University, where Carol Ann is Creative Director, the competition is comprised of the Manchester Poetry Prize and Manchester Fiction Prize, with each winner receiving a £10,000 award.

This year’s shortlist features published and award-winning writers based in the UK, Netherlands, USA and Singapore – underlining Manchester’s status as an international destination for creative writing. Manchester was named a UNESCO City of Literature in 2017.

Finalists
The two six-strong shortlists include, among others, the former Young People’s Laureate for London, a previous Poet in Residence at the Wordsworth Trust and a journalist from The Guardian newspaper.

Previous shortlisted writers include Alison Moore, who went on to be shortlisted for the Man Booker Prize, and the award-winning poet Helen Mort who used her 2008 Poetry Prize money to buy a car and travel to poetry events around the country. Last year’s prizes were given to New York-based Gabriel Monteros for his story Kolkata, while British poet Molly Underwood took home the Poetry Prize for her three poems Genesis, Corinthians/ John and Song of Songs.

Entrants submit a portfolio of three to five unpublished poems, or a short story of up to 2,500 words for consideration by the judging panel. An additional 38 writers were commended for the quality of their submission this year.

Chair of judges for the Manchester Fiction Prize, novelist, short story writer and editor of Best British Short Stories, Nicholas Royle, who is also Reader in Creative Writing at Manchester Metropolitan, said: “Although it was not our intention to do so, we seem to have selected an unusually varied shortlist this year. From biting satire to experimental fiction, with stories of intense human emotion and powerful evocations of the natural world, there’s something for everyone. Stories are entered from all over the world and the short-listed half-dozen represent writing communities in the United States, Singapore, the Netherlands and Britain.”

Malika Booker, poet and artist, as well as Lecturer at Manchester Writing School is Chair of the Poetry Prize panel. She said: “When judging I look for poems that haunt me, that stand out, that encourage me to return to them continuously, work that experiments, or submerges me in good narrative, and most importantly work that leaves me changed in some way. The poems that we fought and argued for, challenged our poetics, to see the world through fresh eyes yet most importantly seem to be tackling the complicated times and politics of this modern era. We are pleased to have shorted some of the most exciting poets writing today.”