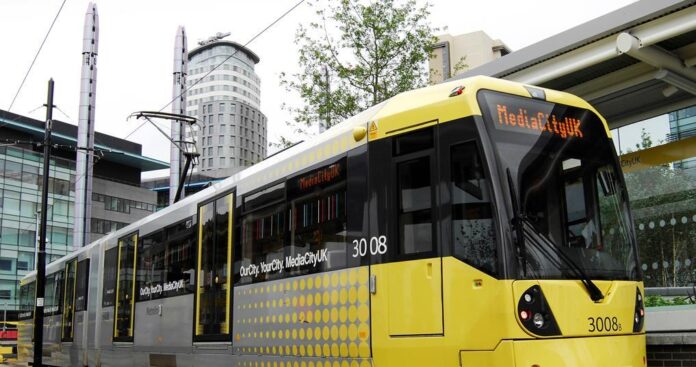 Manchester could grind to a halt next month if members of Unite, the UK’s leading union, employed by Metrolink vote for strike action in a dispute over pay.

The tram drivers, who have continued to operate throughout the pandemic to ensure that Greater Manchester kept functioning, have been offered a pay increase of 0.3 per cent for January – March 2020, followed by 0.7 per cent from April 2021 to April 2022. The one per cent increase for a 15 month period has been labelled ‘derisory’ and would amount to a hefty real terms pay cut for workers.

Unite has been in pay talks with Metrolink since February and, with negotiations now exhausted, the union has no option but to begin balloting for strike action.

The strike ballot opens on Thursday 26 August and closes on Friday 10 September. If workers vote for strike action then strikes could begin before the end of next month.

The union represents over 300 drivers and supervisors at Metrolink and industrial action would cripple the tram service, which has stations throughout Greater Manchester.

It is possible that strike action could affect the Manchester half marathon as well as several high profile football matches due to take place this autumn.

Left with no option

Unite regional officer Dave Roberts said: “Unite has had no option but to ballot its members for strike action after Metrolink refused to make an acceptable pay offer despite six months of talks.

“Our members have gone beyond the call of duty to continue to operate throughout the pandemic and to be offered a derisory pay offer, a deep pay cut in real terms, is deplorable.

“If workers vote for strike action then Greater Manchester will effectively grind to a halt, affecting both commuters and those hoping to attend sport and leisure events.

“Our workers are reluctantly balloting for industrial action as a last resort, but Metrolink could still avoid strike action occurring by returning to negotiations and tabling a realistic pay offer.”

A joint operation focused on deterring anti-social behaviour on the Metrolink is underway this...