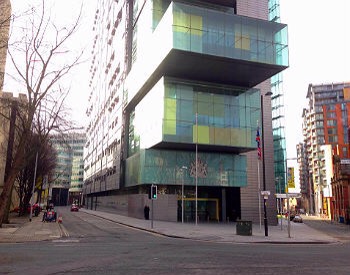 Courts across Greater Manchester could grind to a halt as a wildcat legal strike gathers pace.

Lawyers are refusing to do any legal aid work after July 1st, when the next cut in fees come into force.

A number of criminal law firms have refused to take work funded by legal aid in protest against government cuts.

Solicitors’ fees in England and Wales are being reduced by 8.75% having been cut by the same percentage in 2014 as the government implements cuts to reduce the £1.7bn bill for legal aid, which helps people who cannot afford the costs of legal advice.

Firms in Manchester are joining those on Mersyside,Yorkshire, Newcastle, Durham and London were refusing to take work funded by legal aid.

Lawyers will though continue to do duty work to avoid breaching their contract but will now not apply for legal aid so that prosecutions will not be able to progress and defendants will be left unrepresented at their trials.

In a speech last week, Justice Secretary Michael Gove also called on successful lawyers who have made fortunes in the legal system to “invest in its roots” by offering more of their time free of charge – or “pro bono” – to disadvantaged clients.