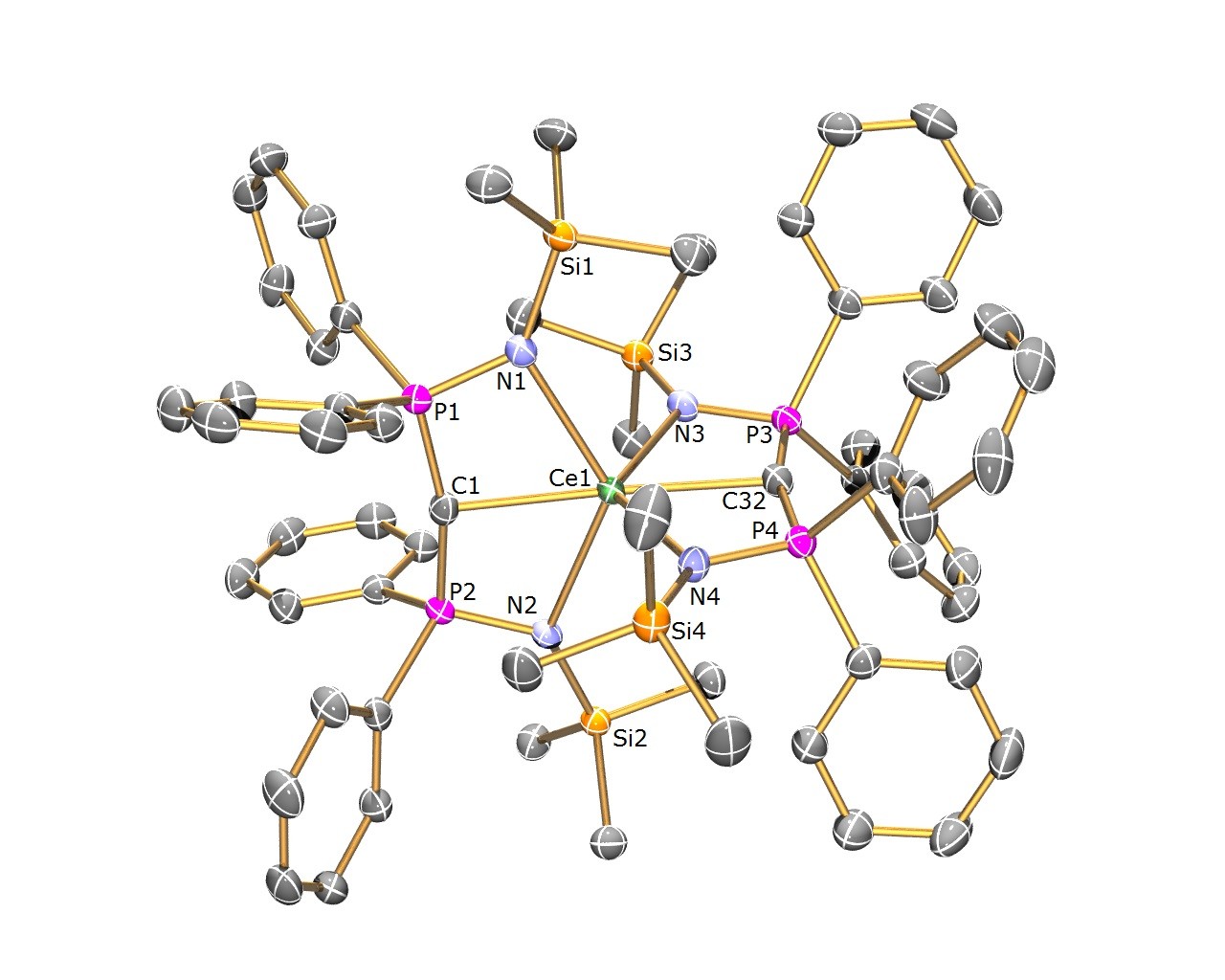 Researchers at The University of Manchester have entered the “Wild West” of the periodic table to finally solve a decades-old scientific challenge – and have revealed that an important but niche chemical bonding principle may be much more widely applicable than previously thought.

The surprise discovery about this important bonding relationship – between a metal ion and a coordinated group known as a ligand – from a team led by Professor Steve Liddle, has potential implications from cancer treatments to the nuclear power industry. Their ground-breaking research has now been published in the leading multi-disciplinary journal Nature Communications.

Professor Liddle explained: “The arrangement of ligand groups at metal centres in metal-complexes is crucial to determining their reactivity.

“For example, the molecule known as cis-platin is very effective at treating cancerous tumours whereas trans-platin is ineffective. Both compounds have the same molecular formula with a central platinum ion bonded to two chloride and two ammonia ligands, all in the same plane and in the shape of a cross – but in the former the chlorides are next to each other and in the latter they are on opposite sides to each other.

“The arrangement of these ligands is therefore crucial to determining the reactivity of these complexes. The phenomenon that controls to a large extent the arrangement of ligands at metal centres is known as the trans-influence, which originates from the fact that some ligands bind to metals more strongly that others so ligands will avoid being opposite stronger donor ligands. This effect is observed right across the periodic table for most metals.

“Conversely, down at the bottom of the periodic table, things can be quite different and for heavy elements like uranium a phenomenon known as the inverse-trans-influence (ITI) operates.

“However, the ITI was previously limited only to actinides in their maximum or close or maximum oxidation states. A good example of this is the uranyl, {UO2}2+ ion which is widely prevalent in the environment naturally and also nuclear waste where the two oxygen atoms reside opposite each other and are bonded very strongly to the uranium.

“This makes the uranyl moiety very important, but also the universal view that the ITI was a niche concept of limited applicability dominated because it was restricted to high oxidation state actinide metals like uranium.

“So whether this phenomenon was a niche rule or hinted at a broader underpinning concept, in an area that has few rules and is essentially the ‘Wild West’ of the periodic table, had been a question that had endured for decades.

“One reason this question had been difficult to tackle was the lack of structurally comparable families of molecules from which to conduct comparative studies where lower oxidation states of metal ions could be investigated.”

To address this problem, the research team prepared a new family of molecules with C=M=C cores where the metal was cerium [classed as a lanthanide] or thorium or uranium [which are classed as actinides] where two carbon atoms that are known to be strong donors were forced to be opposite to one another either side of the metal.”

Characterisation of this family of molecules required a team of researchers based at the Universities of Manchester, Lancaster, Nottingham, and Dresden, and the Rossendorf Beamline at Grenoble.

Through this interdisciplinary effort the team was able to fully characterise the molecules and determine that the ITI operates in these molecules that contain metal ions in only the +4 oxidation state.

The most notable observation is the fact that the two carbon atoms are bonded very closely to the metals, particularly for cerium, even though as strong donors they should be found at longer distances and this is a tell-tale sign of the ITI.

Professor Liddle added: “The combination of finding the ITI in +4 metal ion complexes, as well as for lanthanide as well as actinide complexes leads to the conclusion that this phenomenon is most likely of far broader reach than previously thought.

“Considering the prevalence of actinide elements in the environment naturally but also in nuclear waste, and that the structure of metal complexes is inherently linked to their reactivity, this research could help in waste clean-up in the future.”

The project was also supported by the Royal Society, the Engineering and Physical Sciences Research Council, the European Research Council, The Universities of Manchester and Nottingham, the EPSRC UK National EPR Facility, and the National Nuclear Laboratory.

GDP grows 15.5 per cent in three months but still below its Pre Covid...