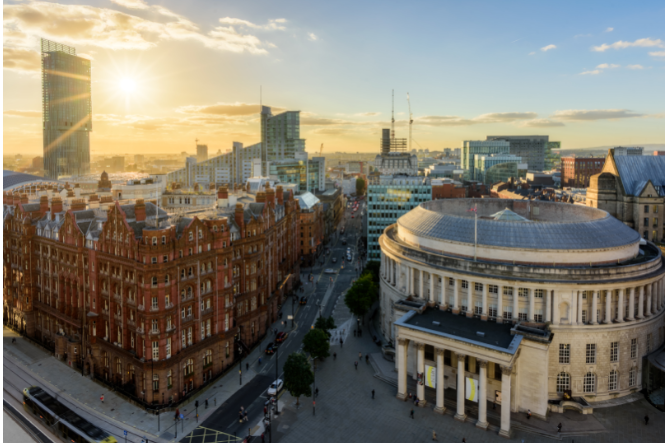 Manchester is now riding a second cultural wave, following the first that hit back in 2015 when the city welcomed two major cultural developments, the reopening of the award-winning Whitworth Art Gallery and the arrival of HOME cultural hub according to Marketing Manchester.

with over £300 million of additional investment in culture being committed, Manchester is set to reach new highs as a world-class cultural destination saays the organisation charged with promoting Greater Manchester on a national and international stage.

Major cultural projects that will complete in 2020 include the opening of a new special exhibition gallery at the Science and Industry Museum; the reopening of Contact and Octagon theatres after significant upgrades; the expansion of iconic music venue Band on the Wall; the rebirth of iconic Wigan Pier; and the phase one opening of Europe’s biggest garden project, RHS Garden Bridgewater.

All of these projects lead to further developments to come in 2021, including the opening of several new galleries at Manchester Museum, a new wing and restructure at Manchester Jewish Museum, and The Factory; the North West’s landmark cultural hub, designed by Rem Koolhaas’ world-leading architects OMA.

On top of this, Manchester’s booming food and drink scene shows no signs of halting after a bumper year of new openings in 2019, set to continue into 2020. Openings in the latter part of 2019 will continue to establish themselves into the new year, such as DEPOT at Mayfield, CULTUREPLEX at Native, and Stock Exchange Hotel – which features food by acclaimed British chef, Tom Kerridge.

Sheona Southern, Managing Director at Marketing Manchester, said: ”In 2020, Manchester will see new cultural projects and regenerations finalise after huge levels of investment, and to add to this, significant growth in the number of hotel rooms in the city, a recent increase in international routes to Manchester Airport and the completion of major neighbourhoods like Ancoats have all added to what feels like a new era for Greater Manchester.

”We’re going to see a world-class garden open in Salford, the biggest garden project in Europe – RHS Garden Bridgewater – when it opens this summer; a significant expansion at Manchester’s Science and Industry Museum; the re-openings of Contact and Octagon theatres; an exciting new attraction at Wigan Pier; and Marketing Manchester’s Visitor Pass launch, which will offer a myriad of different deals across Manchester’s attractions, restaurants and bars.

“Our cultural renaissance will reach a crescendo in 2021 with the highly anticipated opening of The Factory, Manchester International Festival’s new permanent home, and will put Manchester on the map as a world-leading city for its cultural offering. It’s a very exciting time in Greater Manchester, and we hope domestic and international visitors alike are inspired to visit in 2020.”