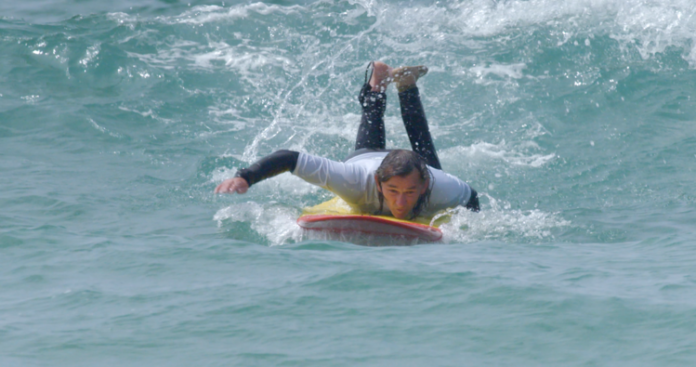 Commercial film production house, Anattic has collaborated with fashion brand, STANCE, to raise awareness of ‘Adaptive Surfing’ across the UK.

Manchester-based Anattic was enlisted to showcase the rapidly growing sport of Para-Surfing also known as Adaptive Surfing. Based in Cornwall, the event, organised by Surf England, welcomed over forty entries across six categories providing a platform for disabled surfers to compete.

The nine-minute documentary, filmed with high-end cinema equipment, showcases the athletes competing and the 50 volunteers who gave their time to learn key skills of Adaptive Surfing, to help the competitors get to and from the water to compete.

As well as highlighting how these para-athletes tackle the waves, the film also focuses on the competitors as athletes and their own individual personalities, with their disabilities as an undercurrent, rather than at the forefront.

As part of its strategic growth, Anattic has recently joined the Outdoor Industry Association, a collective that focuses on getting more people active outdoors, in turn bettering their mental health.

Matt Page, a film director at Anattic, explained, “As filmmakers, we are passionate about working with like-minded brands and organisations with strong ethics. When working on this project we were completely committed to raising awareness of this fantastic opportunity that ensures surfing is an opportunity for all.

“We want to continue to work with brands such as STANCE, on more outdoor projects as the business grows.”

Rich Philip, Marketing Director at STANCE said: “Through our brand partnership with Surf England, we were also supporting the Adaptive Championships. They’re all incredible athletes with bags of energy and enthusiasm for the sport and we wanted to try and capture this as a content piece to share with a wider audience.

“We’d worked with Anattic on a number of film projects in the past, and knew they would do a fantastic job with the ideas and ambition we already had for this project. What Anattic delivered was an engaging and emotional content piece which captured the athletes perfectly.”