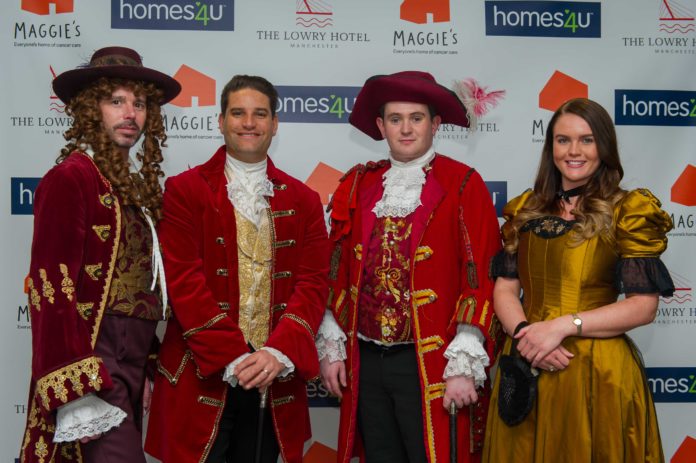 The Maggie’s Costume Charity Ball returned to the five-star Lowry Hotel with a bang for its third year, raising £16,110 for Maggie’s Centres.

Attendees revelled in the Victorian theme and showcased their impressive costumes, including General Manager of The Lowry Hotel, Adrian Ellis and Janine Watson from Maggie’s Centres.

The annual costume charity ball took inspiration from one of the region’s most flamboyant happenings when, in 1828, generous philanthropists from the North West attended the extravagant Manchester Ball to raise money for local charities.

The ball was reimagined and brought back almost 200 years later by the Lowry Hotel’s general manager, Adrian Ellis, alongside Jasmine Watson and Carolyn Mellor of Homes4U.

Adrian Ellis, General Manager of The Lowry Hotel, said: “We were thrilled to host the third annual charity ball for Maggie’s at The Lowry Hotel again this year. The team is so proud that over £16,000 has been raised for Maggie’s Centres, a very worthy cause close to our hearts.”

The fundraising event supports Maggie’s Centres, which provide essential support to patients and families affected by cancer. This year, the ball was attended by over 100 guests and raised over £16k for Maggie’s Centres nationwide