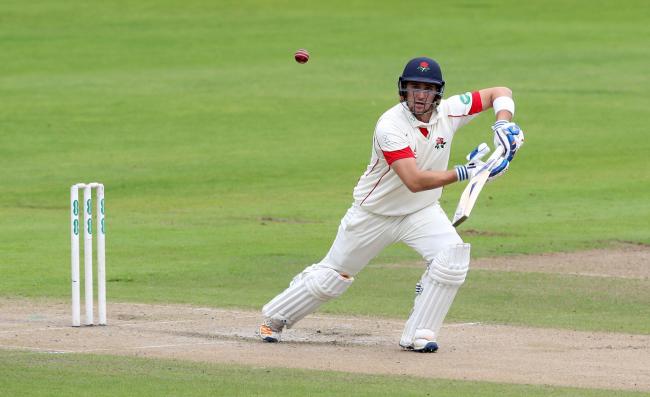 Lancashire skipper Liam Livingstone has announced he is stepping down after just one season in charge.

The Barrow-born top order batsman, who came through the Lancashire Academy and first played for the Club aged 15, was appointed captain last year having had a memorable 2017 season where his form earned the destructive batsman an England call-up.

In 2017, Livingstone averaged nearly 50 in First Class cricket scoring 803 runs in the Specsavers County Championship which included a match winning double century against Warwickshire at Emirates Old Trafford. Later that year, Livingstone made his England debut in a NatWest International T20 against South Africa at Taunton and was then named in the Test squad for the three-match tour of New Zealand in February 2018.

Despite having a disrupted campaign in the County Championship, Livingstone struck a maiden T20 century against Derbyshire Falcons from just 49 balls as Lancashire reached Vitality Blast Finals Day at Edgbaston. In seven Vitality Blast fixtures, Livingstone scored 318 runs at an average of over 45, whilst also picking up six wickets.

Liam Livingstone said: “It has been an honour and a privilege to lead the Red Rose in 2018 and my decision to stand down is something that I’ve thought long and hard about.

“A big part of me wanted to continue leading the side, but I have to put the team’s interests first and the best way for me to help Lancashire is to ensure that I’m performing consistently to the best of my abilities in all formats of the game.

“I hope that the opportunity to captain Lancashire will come again once I’ve been able to perform at the highest level on a consistent basis. As a senior player, I will support the team in all ways possible and I’m determined to put in some more match winning performances for Lancashire.”

Lancashire Head Coach Glen Chapple, said: “We fully support his decision to stand down as captain of the Club. It’s a very brave and selfless one for him to make and I believe having him solely focused on scoring runs for Lancashire will be for the good of the team.

“Being a 24 year-old captain at a big club like Lancashire is not easy and he showed a huge amount of character in leading the side last year, despite the disappointment of the injury he picked up half way through the season and his fluctuating form.

“Liam’s qualities as a captain are not in question and we both agree that Liam needs to be performing at his best for the team to be successful in 2019. We would welcome Liam back as captain of the Club should the opportunity present itself at any time in the future.”

Lords visit for the Red Rose