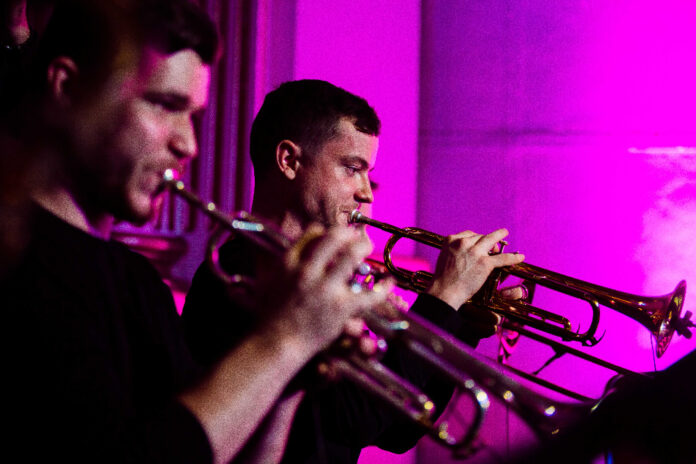 Comprising some of the UK’s finest classical, pop and jazz musicians, an ensemble of 25 talented musicians will follow in the footsteps of icons such as Nina Simone to take to the stage of the legendary NIAMOS Centre, a community centred art space in Hulme.
Formed by a grassroots group of artistic Mancunians from many walks of life, the Centre is dedicated to reclaiming and re-igniting the building as a place for learning, celebration and belonging.

Bringing Bowie to life on stage will be the incredible talents of singers Jenna G, Will Jaquet, Ellen Lewis, Jake Fletcher, and Ben Lee Smith.
Bowie was renowned for his famous, eclectic and innovative music style that spanned Rock to Pop to Disco. Expect the best of his signature tunes in this cross-arts performance produced by Heidi Taylor Wood, Anna McLuckie and Sam Davies, with orchestral arrangements by Thomas Fripp.
Featuring a selection of the city’s finest musicians, Bowie: An Orchestral Rendition will deliver a musically explosive journey through hits such as “Let’s Dance”, “Rebel Rebel”, and “Starman”.

Supported by partners Manchester Contact Theatre and Superbia, this one-off performance will also include visuals and videos created by members of the LGBTQIA+ community in a series of workshops hosted by performer Finley Letchford Dobb. A well-known performing artist in Manchester, Finley has been working with members of the LGBTQIA+ community, running a series of dance and movement workshops exploring the themes of identity and freedom of expression to be found in Bowie’s music.

This powerful co-created work has been crafted into some incredible visuals and videos that will be featured as part of The Untold Orchestra’s Bowie: An Orchestral Rendition taking place at the NIAMOS on Friday 15th and Saturday 16th October 2021

‘Sam Davies said:
We recently curated a performance and workshop series as part of our show Blue: An Untold Story – exploring the themes of Joni Mitchell’s lyrics and their connection to the female experience. This project, alongside Bowie: An Orchestral Rendition’ has been an incredible chance to focus on some of the most iconic musicians in the last century and reflect on the impact their music and lives have had on society and culture.

With our icon show projects, we are always keen to see how we can play our role in understanding and celebrating the diversity of Manchester. It’s a constant privilege to work with so many different performers, creatives and partner organisations in curating these projects, and we’re already excited about our plans for next year.
We’re also very excited for the two performances at the NIAMOS concluding this project – they’re already set to be a real celebration.’

Renowned across Manchester and the UK, the Untold Orchestra has performed at over 60 gigs over the last few months, using the proceeds to support the community projects that rely on collaborative relationships and partnerships to thrive.

Bringing an element of Bowie-inspired mad-cap fun to the pre-event promotion will be a “Lets Dance” competition. Social fans can create a short video dancing (or singing) to Bowie’s infamous “Let’s Dance” song and share it on social media using the hashtag #BowieUntold. A winner will be selected for the most Bowie-esque video and will receive four tickets along with a signed poster courtesy of the globally renowned artist and illustrator Stan Chow, a collaborator of the Untold Orchestra supporting them with most of their artwork.

Bowie: An Orchestral Rendition is the Untold Orchestra’s most popular icon show, so jump onto the ticket bandwagon to join in this Ziggy Stardust celebration in one of Manchester’s most historic performance venues.