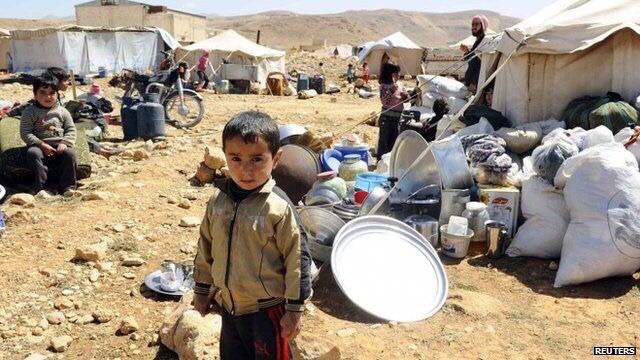 The revelations came during this morning’s Council meeting when the Lib Dem member’s opposition questioning uncovered that Manchester was yet to accept a single Syrian refugee under the Syrian Vulnerable Persons Resettlement Scheme that was announced in 2015, despite the war-torn region enduring one of the worst crises for decades.

Mr. Leech questioned the Deputy Leader of the Council, Cllr. Sue Murphy, on the recent treatment of Syrian child refugees, asking how many of the unaccompanied children the city had housed since the beginning of the conflict.

As has become standard procedure during during Manchester Council meetings, Mr Leech was once again interrupted during his supplementary question, in which he asked the council to commit Manchester to house a further 50 Syrian families.

Ms Murphy said: “Manchester was prepared to play their part”

Mr Leech said he and his party would support any bid to commit Manchester to housing a further 50 Syrian families and as many as possible unaccompanied minors, in what he describes as a “moral duty”.

Ms Murphy was forced to admit that Manchester has only taken on unaccompanied asylum seeking children from around the world in single figures. In 2013, Manchester took just two, 2014 one, 2015 three, and 2016 three. She added that currently Manchester is home to a staggeringly low 39 unaccompanied asylum seeking children. Mr Leech said these numbers were “depressingly low”, adding that there is an estimated 88,000 lone Syrian refugee children already in Europe at risk of being trafficked or abused.

But Manchester is still yet to accept a single Syrian refugee under the Syrian Vulnerable Persons Resettlement Scheme that was announced in 2015, including unaccompanied refugee children.

John Leech said: “Manchester is an international city that prides itself on being a leader in the world, but that role has a duty and a responsibility to do more in crises like this.

“And this absolutely is a crisis, there are tens of thousands of vulnerable children wandering around Europe completely alone; cold, sick and hungry, and it won’t be long before they end up stuck in chain of horrific events including trafficking and abuse.”

The EU’s criminal intelligence agency say that more than 10,000 children have already gone missing since arriving in Europe. They fear that children are being kidnapped for slavery and to be sexually exploited.

The five-year Syrian civil war has created more than 4.5 million refugees across the region and the UN has warned that a whole generation of Syrian children is at risk. The UK government’s scheme will target unaccompanied children in the Middle East and North Africa, as well as those considered at risk of abuse and exploitation, such as children threatened with child labour and child marriage.

It will resettle children and their families “where the UNHCR deems resettlement is in the best interests of the child”.

Manchester Council leaders are currently refusing to take any Syrian refugees due to a disagreement with the government programme drawn up last year. The government’s ‘dispersal’ policy sees people seeking asylum status moved to areas with lower housing costs, meaning Greater Manchester would be one of several regions to take disproportionate numbers without any extra funding for the strain put on local services.

Greater Manchester has a good record of accepting asylum seekers but council leaders are refusing to take any Syrian refugees until the policy is changed.

The government said it was taking action to help child refugees. Prime Minister, and former Home Secretary, Theresa May said: “We’re putting £10m into being able to being able to provide help and support for children who are in Europe.”

The Government’s progress towards meeting its pledge to resettle 20,000 Syrian refugees by 2020 has been slow, with only around 3,000 refugees having arrived so far.

Rethink Rebuild Society (RRS) is a community organisation that works towards improving the lives of Syrians in Manchester and helping them become positively established within British society. Their work began informally after the start of the uprising in Syria in March 2011, and were formally registered in May 2013.

Dr. Haytham Alhamwi, Managing Director of RRS, said: “We are asking Manchester City Council to accept at least 50 Syrian families through the Syrian Vulnerable Persons Resettlement Scheme that was announced in 2015.

“We also ask Manchester City Council to accept as many unaccompanied Syrian children as possible, who are in urgent need for all kinds of support”.

What Is the Average Income for Affiliate Marketers?