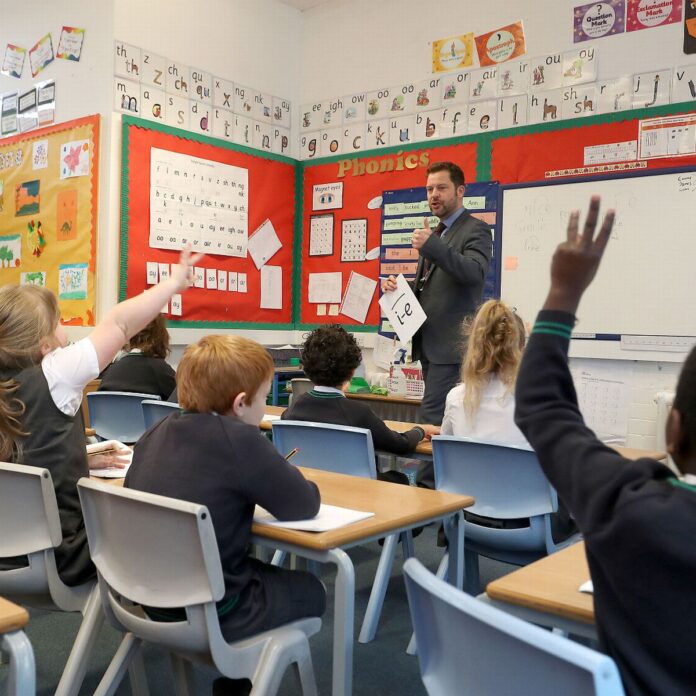 100,000 pupils have failed to return to education full-time since schools reopened, according to a Centre for Social Studies report out this morning

This means 1 in 80 pupils are missing more than half of their education.

The latest data for Autumn 2020 shows that, following the pandemic, the number of severely absent pupils has grown at an alarming rate of 55%. As a result, an additional 33,270 pupils are severely absent.

Following successive lockdowns and the closure of schools, it is more important than ever that we ensure young people attend school.

As one contributor to this report said: ‘kids can’t catch up if they don’t show up’.

Regularly missing school makes exclusion much more likely. This, in turn, acts as a conveyor belt into the youth justice system and on into the adult prison estate. 59% of prisoners report that they regularly truanted in school while 63% experienced a fixed-term exclusion and 42% were permanently excluded.

This is mirrored in the youth justice system where 73% of boys in custody report truanting at some time and 86% say they had been excluded from school before they came to detention.

The most likely outcome for many of these children is a grim concoction of economic insecurity, disengagement, and personal turmoil and yet absence and exclusions, official and unofficial, are rising at an alarming rate.

And this costs us all. Each excluded pupil costs the state approximately £370,000 in additional education, benefits, healthcare and criminal justice costs across a lifetime, with an annual £2.1billion cost to the Treasury.

In the last 12 months, the pandemic has made the picture worse for our most vulnerable pupils.

It could potentially be years before we see the impact on our support services and prisons, but the headline figures we do have make for grim reading and should embolden us to urgent and immediate action.

School absence rates have been understandably high over the last year and remain higher than normal.

Individual children have had to isolate and quarantine depending on their circumstances while schools have had to close bubbles, year groups and close entirely at different times. This has led to a Covid-specific absence rate of 7.0% across all schools.

This year, both overall absence and persistent absence have remained at worrying high levels.
More than one in eight pupils are persistently absent (miss 10% or more of their classes).

However, hidden beneath these figures, there’s a growing cohort of pupils who are severely absent, these pupils are missing more than half of their education.

Over 90,000 pupils were absent more often than they were present in Autumn 2020.

Compared to the previous year, this cohort of pupils has increased by 55%: that means that there’s an additional 30,000 pupils who are missing more than half of their education.20
Returning from the pandemic, the attendance of pupils in alternative provision has remained stark.

Attendance in these schools has always been lower than in the mainstream, but when APs are only operating at two thirds attendance you are storing up serious problems.

For example, they have long been a recruiting ground for gangs. Children in alternative provision are six times more likely to be in a gang and there were already 27,000 children in gangs prior to lockdown

It would be little more than naïve hope to think that the absences we are seeing will not make the picture even more bleak.

But, sadly, the situation gets worse – it is estimated that there are now a further 20,000 children who have disappeared off school registers altogether during lockdown

Home schooling has been a contentious area for some time. Some parents may want to home school their children due to a specific need, or a philosophical or theological difference with the mainstream system.

But there has long been concerns that it is also used to ‘off-roll’ a significant number of difficult students.

These children are anonymous. Neither the Department for Education, nor local authorities track who or where these children are, but the best estimates say there are now 75,000 of them, up a staggering 38% in the last year

The Government has now earmarked considerable sums of money for a ‘catchup’ programme for children who have missed out on education over the last year.

These children are essentially invisible. It’s time to make them visible again with the support of 2,000 School Attendance Mentors.

The report says that we need to extend existing support offered by the National Tutoring Programme with a focus on attendance.

The Government needs to match its ambition for academic catch up with getting children missing from school or alternative provision back into education.

We need to recruit 2,000 attendance mentors to work intensively with young people most at risk and most likely to have disengaged from education over the last year: for them, school can be as much as a place of safety as a place of learning.

The Government is in the process of appointing ‘academic mentors’ to help children catch up with missed learning.

As one contributor to this report said, “there is no catch up without kids in class”. The concept of attendance mentors follows the model of a number of highly successful charities including School Home Support (SHS) who have seen 89% of pupils increase attendance in alternative educational settings over an 18-month period26. The cost would be around £300million over three years.

Decision on school bubbles to be taken by 19th July as Children’s Commissioner warns...