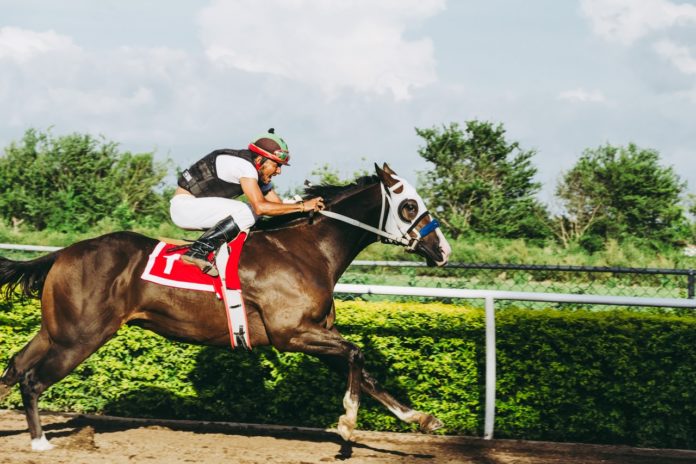 well have his strongest ever team in 2019. Here, we look at five stars donning the famous green and gold silks to look forward to at this year’s Festival.

The four-day spectacular is now less than a month away and the highlight of the jumps racing calendar at the unrivalled amphitheatre of Cheltenham, a racecourse that currently sits top of the Racing Post’s list of best British venues in their guide to racing, is set to be spectacular.

First up on our list is a familiar name in dual champion hurdler Buveur D’Air, trained by Nicky Henderson. Buveur D’Air suffered a first defeat over hurdles in almost three years when having his colours lowered by stablemate Verdana Blue in the Christmas Hurdle, where he lost by an agonising short-head, but the superstar eight-year-old got back to winning ways with the minimum of fuss at Sandown last time. The emergence of Apple’s Jade, probably the horse of the season so far, means this may be his toughest task to date, but Buveur D’Air’s combination of strong travelling and slick jumping means he remains very much the one to beat.

Earlier on Day One is Le Richebourg, trained by Joseph O’Brien, in the Arkle. The six-year-old novice is four from five over fences and, after being narrowly beaten by fellow Festival hope Delta Work over 2m4f, he has shown his ability winning back-to-back 2m Grade Ones. For a novice, his jumping is exceptional and he has plenty of staying power for the uphill climb so he looks like the standout in an Arkle where his rivals all have question marks.

Day One of the Cheltenham Festival could truly prove a red-letter day for McManus with another Henderson-trained runner, OK Corral, strongly fancied for the 4m National Hunt Novices Chase. The lightly raced nine-year-old was second at last year’s meeting in the 3m Albert Bartlett over hurdles, a run that showed stamina to very much be the trump card in this novice’s hand. Over fences, he is two from two, having won over 3m1½f at Plumpton and 3m at Warwick with the latter under top amateur Derek O’Connor, who could very easily take the ride in March. O’Connor has won this race twice before, including in these colours in 2016 when aboard subsequent Gold Cup runner-up Minella Rocco.

The party, if the aforementioned trio hit the target, will no doubt be memorable, but teetotal McManus will be glad he doesn’t have a hangover because Wednesday kicks off with the Ballymore Novices’ Hurdle, where the boldly named Champ can show his superstar credentials. Another from the all-conquering yard of Nicky Henderson, the most successful trainer in Cheltenham Festival history, Champ is four from five over fences with the lone defeat coming on debut behind fellow-smart prospect Vinndication. Champ gained a first Grade One success last time out at Newbury and looks the one they all have to beat in the Ballymore.

Finally, on Friday, is banker Sir Erec in the Triumph Hurdle. One of the best Flat performers to go hurdling in many a year, Sir Erec won a hot maiden hurdle on debut and showed a quite brilliant combination of speed and stamina when making all in scintillating fashion at the Dublin Racing Festival in Grade One company. He looks like the ideal candidate for this and could easily prove one of the stars of Irish racing and a future threat to Buveur D’Air’s dominance of the 2m division.

McManus is currently a best-priced 1/2 favourite to be the festival top-owner and, with the aforementioned quintet teamed with a battalion of handicappers and smart prospects elsewhere, he surely will take an awful lot of beating even with the strength of the Gigginstown raiders.

Belle Vue’s decision to anticipate the evenings sunny skies was rewarded with a triumphant...