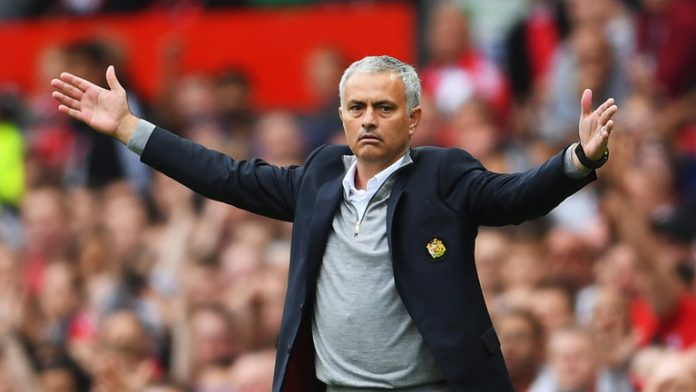 It may be early in the Premier League title race but Manchester City’s pace setting has created pressure on the chasing pack. Jose Mourinho’s Manchester United are providing the closest competition to their local rivals at this moment in time but this weekend’s fixtures could see the gap grow.

City have maintained their impressive run in their last two fixtures. They have faced Huddersfield and Southampton winning both 2-1 thanks to late goals from the clubs joint top scorer Raheem Sterling on both occasions. With a home tie against ex-Manchester United manager Daivd Moyes’ West Ham looking favourable for Pep Guardiola’s side the onus is on the Red Devils to get a victory.

United by contrast have a fixture that will push them to the limit. Old enemies Arsenal are the opponents and the Reds will be travelling to The Emirates knowing nothing less than a win will put pressure on their Manchester rivals who play the following day.

United have lost the last two times they have faced Arsenal away from home. Last season Mourinho was unable to maintain his successful record over Arsenal manager Arsene Wenger losing 2-0.

Goals from Granit Xhaka and former United striker Danny Welbeck ended the Red Devil’s hard earned 25 match unbeaten run in the 2016/17 campaign. Wenger does not believe that this result will result in Mourinho ‘parking the bus’ this time around.

“Man Utd is a strong team and I expect us just to cope with the problems they will give us. They will attack as well. They will not only defend.” (Arsene Wenger)

The previous season saw Louis Van Gaal struggle to contain Arsenal and his side were blown away inside 20 minutes finding themselves 3-0 down after the opening exchanges and unable to recover.

In fact United have struggled at The Emirates since Arsenal moved there from Highbury in 2006. The Manchester club have only won twice in nine attempts in the Premier League with their most recent triumph coming in 2014 while managed by Van Gaal.

Ashley Young inspired United to victory in midweek against his former side Watford and his team will need another solid performance on the road to stay as close as possible to league leaders City. Young was also the difference in United’s previous fixture scoring the only goal, via a strong deflection, at Old Trafford versus Brighton.

“That is what is vitally important – to keep picking up points especially going into this Christmas period, the busiest period of the season.” (Ashley Young)

Nemanja Matic limped off in the fixture against Watford and is struggling in his battle for fitness. Against a side with a creative playing style like Arsenal Matic is vital to United’s chances of victory and him the game would be a huge blow for Mourinho.

United will be boosted with the potential return of centre-back Eric Bailly who is in contention again for the trip to London. There is also hope in the Man Utd camp that Phil Jones could also feature.

Mourinho could turn to Zlatan Ibrahimovic, who has made four substitute appearances since returning from his anterior cruciate ligament injury. Summer signing Romelu Lukaku has lost much of his confidence in front of goal and Ibrahimovic’s return will put even more pressure on the Belgian striker.

Michael Carrick is on his way back to fitness after treatment for an irregular heart rhythm but it is unlikely he will feature against Arsenal.

A win would not only be a huge boost for Mourinho’s men it would send out a statement of intent to City. Guardiola and his side have created momentum in the last few months. United winning at Arsenal would show that they are in this title race and are not going away any time soon.

While a draw or defeat would not end their title push immediately the potential of City to opening an 11 point gap this may cause irreparable damage to United’s title ambitions.