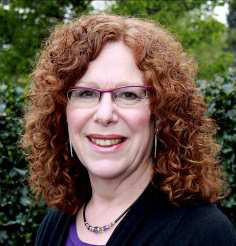 She will take over the chains of office in May from Dorothy Gunther, North Manor councillor, in May 2018.

Councillor Black lives in Prestwich with her husband Mark, who will be the mayor’s consort. They have two daughters, Elena (aged 26) and Maya (24).

Jane was elected to Bury Council in 2012 to represent the ward where she lives. She has held a range of positions on the council, including chair of Prestwich Township Forum, cabinet member for health and wellbeing and regulation and resources, and chair of the planning control committee. She seeks to promote community regeneration and support for local businesses, and is currently a Neighbourhood Engagement Lead for Prestwich.

Jane grew up in Prestwich, attending Sedgley Park and King David schools, then Stand Grammar (now Phillips High), before studying at Birmingham University and in Montreal, Canada. Starting work for a voluntary organisation, she then spent 23 years as a local government manager in Rochdale, Manchester and Salford. After taking early retirement in 2011, she was encouraged to stand for the council.

She is a governor at Sedgley Park Primary School, and has built links with a number of local groups and community organisations.

Jane said: ‘I feel so honoured to have the opportunity to serve the borough of Bury as its mayor. My Jewish upbringing has given me a strong sense of identity, family and community, and a commitment to building bridges between different groups and faiths that I hope to develop in this role. I now look forward to representing the whole borough, and to learning so much more about all the fantastic people and groups that make our town such a great place to live.’