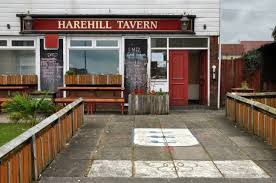 A man has been jailed for 26 years after a shooting outside a pub following a baby gender reveal party in Hattersley.

A group of family and friends were gathered at the Harehill Tavern pub in Hattersley to celebrate a baby gender reveal party last November.

As the party was in progress witnesses noticed that a vehicle kept driving around the venue. Passengers, including Aaron Ward, shouted abuse at those attending the party before fleeing the area.

A short time later, Ward returned once again to the pub in a different vehicle. He continued to drive around making threats towards party-goers.

By this time, the victim, a man in his ,had also made his way to the Harehill Tavern.

Following this, the court heard how Aaron Ward was seen in the car waving a handgun in the direction of those stood outside the pub. At this point the victim approached the vehicle, but was shot in the abdomen and left requiring surgery.

Aaron Ward, aged 26 of HMP Leeds, has yesterday been sentenced at Manchester Crown Court to 26 years and three months in prison.

Senior Investigating Officer Duncan Thorpe, of GMP’s Major Incident Support Unit, said: “In November of last year Aaron Ward, in a fit of anger and rage, made the horrifying decision to brandish a gun in front of so many people. He had absolutely no respect for the safety of others and for the potentially catastrophic repercussions of his actions.

“It is only down to sheer luck, coupled with the best efforts of emergency services staff who treated the victim in hospital, that today Ward is not being sentenced for murder.

“This being said, it is important not to underestimate the injuries sustained by the victim as the bullet narrowly missed vital organs and thankfully he is recovering well.

“I hope that this operation – led by a dedicated team of detectives – shows our commitment in bringing those who threaten the people of Greater Manchester to justice.”