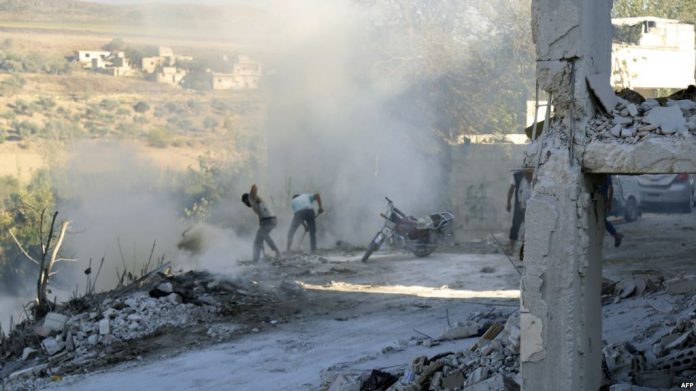 Human Appeal, one of the leading British NGOs working in Syria, have criticsed the international community for its inaction.

Idlib is on the verge of becoming the latest Syrian province to descend into countless civilian deaths. Human Appeal run the Al Iman hospital which operates within Idlib province and is preparing to provide humanitarian aid in the impending emergency.

“We saw the industrial scale loss of civilian lives in Aleppo, in Homs, in Eastern Ghouta, all over Syria and now – as we predicted months ago – the next area to be targeted is Idlib. Like we have seen previously, the area will doubtlessly be the target of airstrikes and civilian lives won’t be spared. Yet, despite the inevitability of the bloodshed, the international community did nothing and does nothing.

“Men, women and children in Idlib are racked in fear, not knowing if they will see tomorrow. A humanitarian catastrophe in Idlib is inevitable, it has been for months, yet what is being done to prevent it? There is a generation of Syrians who have known nothing but conflict as, what will happen in Idlib has been happening in Syria for the past 7 years. The impending assault on Idlib seems to have been widely accepted as something that will happen. It doesn’t have to happen.

“We are all calling on the international community to act. We are calling the military actors to restrain their need to conquer land and consider the lives they will destroy by their actions. It is not too late. Put humanity first.”