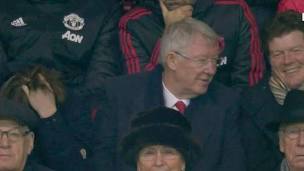 Two doctors and a senior hospital consultant are being investigated for illegally prying into Sir Alex Ferguson’s medical records while he was being treated at Salford Royal in the summer according to reports this morning.

The Sunday Times report says that the investigation which was triggered after a computer audit is also looking into at least two nurses as well who may have accessed his records while the former Manchester United Manager was being treated for a brain haemorrhage.

Dr Chris Brookes, chief medical officer for the Northern Care Alliance NHS Group, which runs Salford Royal, said: “Investigations are ongoing to determine if the individuals have accessed a patient’s record electronically without a clinical requirement or authorisation to do so.” The case has also been referred to the Information Commissioner’s Office (ICO), which investigates data protection breaches.

It is understood the hospital has already apologised to Sir Alex and his family.