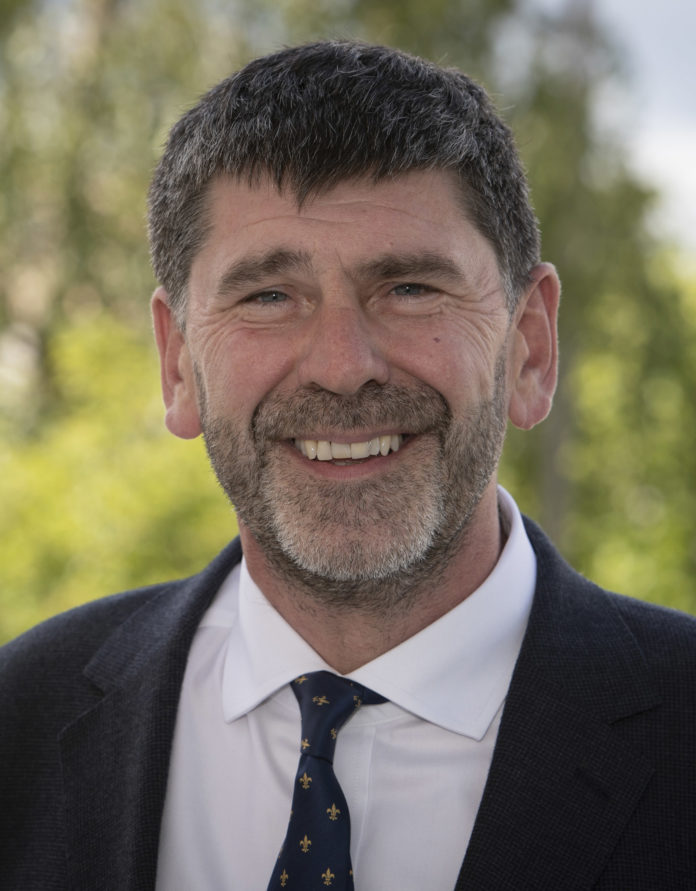 Detective Chief Superintendent Simon Barraclough and retired Detective Constable Warren Barlow have both been awarded Queen’s Policing Medals (QPM) in recognition of their services to policing.

DCS Barraclough has led many high profile investigations, including the prosecution of Dale Cregan for the murder of PCs Nicola Hughes and Fiona Bone in 2012. He also led the investigation into murderer Victorino Chua who was convicted in 2015 of two counts of murder and poisoning numerous patients.

A career detective of over 31 years’ service, Simon was appointed as Senior Investigating Officer to lead the investigation into the horrific attack at the Manchester Arena in 2017 within an hour of the incident taking place.

In addition to his work with GMP, Simon led a contingent of British officers to Thailand in 2005 as a disaster victim identification manager, helping to recover and identify over 2000 victims of the tsunami. He also volunteered to serve with PSNI between 2005 and 2008, where he mentored and trained Senior Investigating Officers and headed up the East and South Belfast Serious Crime Branch.

Simon is recognised for services to policing, in particular his work as a senior detective.

Warren Barlow retired as a Detective Constable in January after 30 years’ service. A detective for much of his career, he has specialised in counter terrorism (CT) for the last 18 years.

Warren was a CT trainer and his work shaped much of the national processes, particularly with regards to the ‘Fusion Rooms’ which manage critical counter terrorism incidents.

For many years he has been an important part in the development of UK CT training in this country and abroad. With responsibility for designing and delivering exercises, Warren wrote over 150 CT exercises which tested the preparedness of law enforcement agencies in the event of a terrorist incident.

He has been recognised for his contribution to counter terrorism policing.

Christine (Chris) Outram (63), Chair of The Christie board of directors has been awarded an MBE in the Queen’s Birthday honours list today (Saturday, 8th June 2019).

The award is recognition for Chris’s huge contribution to the NHS over more than three decades, and the visionary leadership she has demonstrated, with more than 20 years experience driving improvements at an executive level. Since October 2014, Chris has served in the capacity of Chair of The Christie board.

During Chris’s time as Chair, she has led the board in supporting the development of services and infrastructure at The Christie. Recent new services include proton beam therapy, a new outpatients facility and a state of the art Integrated Procedures Unit which improves patient experience and streamlines services. Exciting new treatments provided by The Christie include CAR-T therapy and MR guided radiotherapy.

As Chair, Chris has steered the board in supporting The Christie to be the first NHS Trust in the country to receive back to back ratings of ‘Outstanding’ by the health regulator the Care Quality Commission.

Chris’s first role in the NHS was as a patient advocate, and she continues to be passionate about working with patients and clinical staff to provide excellent services and outcomes for people. She has encouraged a high level of patent engagement in all new projects and service developments at The Christie and was an early advocate of Twitter to encourage patients and staff at the Trust to share their feedback and raise issues of importance.

The Christie charity has also found a passionate champion in Chris. She has supported many charitable events and is currently in training to take on the charity’s ‘Trek the Alps’ challenge, a breathtaking 46km trek through the Mont Blanc region of the Alps passing through Italy and Switzerland into France in just three days. The walk is being led by BBC Sport presenter, Mark Chapman and sets off on 4th September.

Oldham couple jailed after traces of heroin found in blender