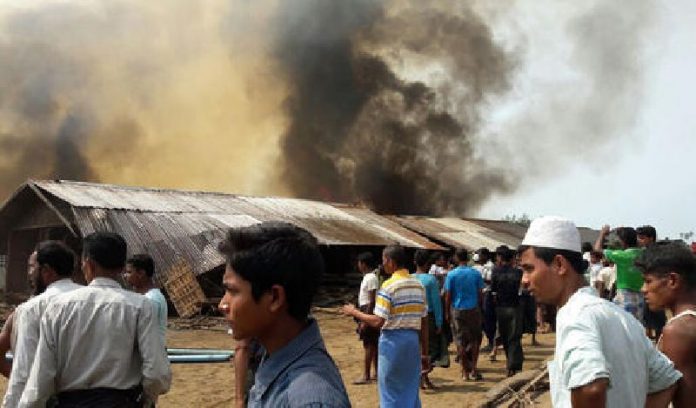 Othman Moqbel, Chief Executive of Human Appeal, a humanitarian aid charity based in Greater Manchester has expressed his concerns about the current situation facing the Rohingya people in Rakhine State.

Human Appeal have been working in Myanmar through local partners since 2012 and has ramped up their work since the escalation of violence in October 2016,

“We, at Human Appeal, are gravely concerned about the situation in Myanmar and are doing all we can to help the Rohingya people. However, the situation on the ground is incredibly difficult and complicated. Every effort needs to be made to ensure that aid organisations can access those who need help, and many need help desperately.

“The Rohingya people are considered to be the most persecuted ethnic minority in the world, living in Rakhine State, which is the least developed of Myanmar’s 14 states and is characterised by widespread poverty, weak infrastructure, a lack of opportunity for employment and income generation and natural disasters. These issues are further exacerbated by the intercommunal conflict which has engulfed Rakhine State since 2012.

“The outbreak of violence in northern Rakhine State, following attacks on border guard police on 9th October 2016, led to an escalation of tensions between the Rohingya and the Myanmar Army, resulting in ongoing communal violence and armed clashes and about 74,000 Rohingya’s claiming refuge in neighbouring Bangladesh. This is continuing today.

“As of 3 September, estimated figures show that a further 87,000 people have crossed from Myanmar into Cox’s Bazar in Bangladesh, as a result of the most recent violence in Rakhine State. Some 6,000 -15,000 people are arriving per day. New arrivals are hosted in existing, overcrowded makeshift settlements and camps for registered refugees.

“It is incredibly difficult for aid organisations, such as ourselves, or UN agencies, to give aid to those who need it. After the outbreak of violence in October 2016 the government declared a state of emergency in Maung Daw and three other townships, during which time security operations led by the Myanmar Army resulted in restricted access to northern Rakhine and halted all existing aid operations. International aid is once again being blocked restricting the delivery of vital food, water and medicine putting countless lives at risk, while humanitarian workers on the ground say warehouses stocking vital emergency supplies are being looted. Furthermore, an additional 20,000 people are believed to be in the no man’s land between Bangladesh and Myanmar due to Bangladesh imposing border restrictions, making it extremely difficult to reach these people.

“There have also been a number of reports of arson attacks on people’s homes, shops and schools. Entire livelihoods have been destroyed with, for example, families reporting the confiscation of their fishing equipment and the killing of their livestock.”

80% of people with blood cancer have not been told the Covid vaccines may...

Labelling foods with the amount of physical activity needed to burn off calories linked...