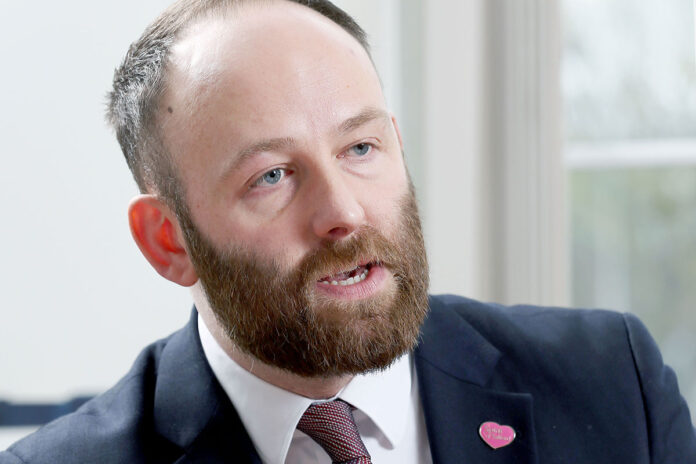 The Government must act on the recommendations of the Homes, Communities and Local Government Select Committee and listen to evidence from Greater Manchester to ensure that the Building Safety Bill delivers reform of a failing regulatory system says Paul Dennett, Salford City Mayor and Chair of the High Rise Task Force.

The proposed Building Safety Bill is intended to reform the regulatory system for buildings and improve building safety legislation. It has been described by the Government as ‘the biggest change in building safety for a generation’. However, Greater Manchester High Rise Task Force told the Homes, Communities and Local Government Committee that the legislation falls short of the radical reform required to ensure all new homes and buildings are safe in the future. Paul Dennett has repeatedly said that the existing system of regulation for new buildings is not fit for purpose, leading to a national industrial and regulatory crisis that the Government has not provided an adequate response to.

The Homes, Communities and Local Government Committee carried out pre-legislative scrutiny of the Bill and called for evidence from stakeholders. The High Rise Task Force submitted evidence to the committee drawing on the expertise of the wide range of members and the evidence developed since 2017 about the scale of the problem which is affecting Greater Manchester residents. The Task Force submission highlighted numerous areas in the draft Bill that need to be urgently addressed, including the scope being too narrow, a failure to prevent developers choosing their own regulator and failure to protect residents facing life changing bills to make their homes safe.

The Committee which issued its report today has made a series of recommendations to the Government. These include urging the Government to commit to protecting leaseholders from the costs of repairing historic fire safety defects; doing more to ensure those working on the design and construction of buildings are competent and preventing developers from choosing their own regulator for all new buildings. The Committee has also urged the Government to set out more of the details as to how a new regulatory regime will work in practice when it lays the Bill in parliament to ensure stakeholders can prepare.

Paul Dennett said: “Despite the mantra ‘residents should not pay’ repeated by successive Ministers including the Housing Minister today, the Government’s focus has clearly moved away from protecting residents caught up the industrial scale regulatory crisis facing the country. I am pleased that the Committee has categorically called out this flawed approach rightly describing it as an abdication of Government responsibility. It is shocking that the Bill does not protect residents from costs of historic defects. It is a failure of regulation that has trapped residents. It is an ongoing failure of Government not to hold those responsible to account and make them liable for the costs of remediating the dangerous buildings that they have profited from. This is something the Government must now urgently address as we are now three and a half years on from the tragic fire at Grenfell which claimed 72 innocent lives.”

The Task Force previously welcomed the announcement of the Building Safety Fund in March, but has repeatedly warned it is far from adequate to assist residents trapped in dangerous homes through no fault of their own. The Task Force has already raised concerns about the ‘first come first served’ approach and highlighted the exclusion of residents living in Skyline Central in Manchester, who have been forced into loan agreements with the Freeholder to make their homes safe. The residents at Skyline were left with no option but to judicially review the Government which admitted they were deliberately excluded because the building owner was taking steps to remove the cladding.

The Task Force has called for wider reform of the regulatory system to include tighter regulation of all buildings and an improvement in competence across all sectors.

Paul Dennett said: “I am pleased the Committee has recognised many of the issues we raised in our submission and in particular that building height is not the only measure of risk. I remain extremely concerned that the failure of the Government to take steps to improve the whole system leaves room for developers to continue to choose their own regulators with no effective enforcement in many cases and will lead to illogical and unjustifiable distinctions between the requirements for different buildings. The Committee’s recommendation that the choice of regulator be removed from the building control system is welcome and I hope the Government will act on this.”

The Independent Review of Building Regulations and Fire Safety published in 2018 – which the Task Force also provided evidence to – found that a lack of competency across a range of industries significantly contributed to the failing system of regulation, yet this has not been addressed in the Bill.

Paul Dennett said: “There was inadequate information contained in the Bill as to how improving competence across a range of sectors will be resourced and funded. This, coupled with the failure of the Bill to provide an effective mechanism to hold developers or builders to account for failings in existing buildings, undermines the intent of the legislation and fails to protect residents and the public. The Committee has clearly identified the need for Government to introduce a national system of accreditation for those working on the design and construction of buildings in scope. I urge the Government to go further and ensure that accreditation is required for those working on all buildings.”

Council introduces the new Manchester Living Rent – affordable housing that is easy to...